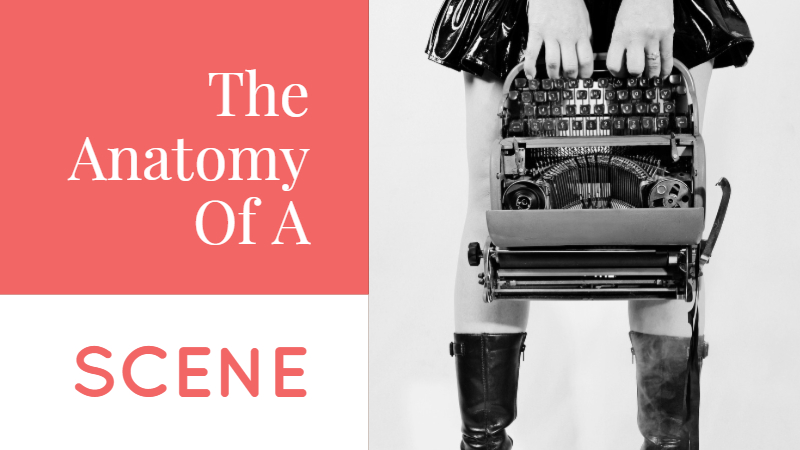 The Anatomy Of A Scene

In this post, on the anatomy of a scene, we discuss everything you need to know about writing a scene.

In my first post in this series on writing scenes and sequels, I covered 10 things to remember about these storytelling devices. Please read the post here: Everything Writers Need To Know About Scenes And Sequels. In this post, I am going to cover the anatomy of a scene.

To recap, novels are made up scenes and sequels. As I wrote in a previous post:

So, let’s talk about scenes.

‘In many cases when a reader puts a story aside because it “got boring”, the boredom arose because the writer grew enchanted with his powers of description and lost sight of his priority, which is to keep the ball rolling.’ ~Stephen King

We need to make sure that we have enough movement in our plot. The easiest way to do this is to include the correct number of action scenes (also known as scenes) in our novels.

The Anatomy Of A Scene

A scene can be divided into three parts:

The action scene is where the viewpoint character tries to achieve a short-term goal. The character believes this scene goal will help them reach, or come closer to reaching, their overall story goal.

Every action scene should involve another character who has a reason to oppose the viewpoint character. Other characters can also be present. [Suggested reading: The 4 Main Characters As Literary Devices]

Example: Overall Story Goal: Hector wants to leave his wife and start a new life. Scene Goal: Hector needs to get to the airport to stop his mistress from going home.

In trying to reach the scene goal, the viewpoint character must meet with resistance, which leads to conflict with another character.

This resistance could include:

Example: Scene Conflict: Hector has to drop his teenage daughter at home first. When he picks her up, she is late. They get into an argument and his daughter finally tells him why she was late.

The character must experience a failure in one of the following ways:

This failure must seem like a natural consequence of their efforts. It should not be coincidental, for example, someone who is arguing with a neighbour cannot lose the fight because a storm comes up and forces them inside.

Example: Scene Failure: Hector fails to get to the airport and he finds out that his daughter has a life-threatening illness. (Option 2 of the failures)

Tip: Most action scenes are followed by another. Only if the action scene has a devastating result should we move to a reaction scene or sequel.

When you understand the anatomy of a scene you will be able to use it properly in your books.

Look out for next week’s post: The Anatomy Of A Sequel