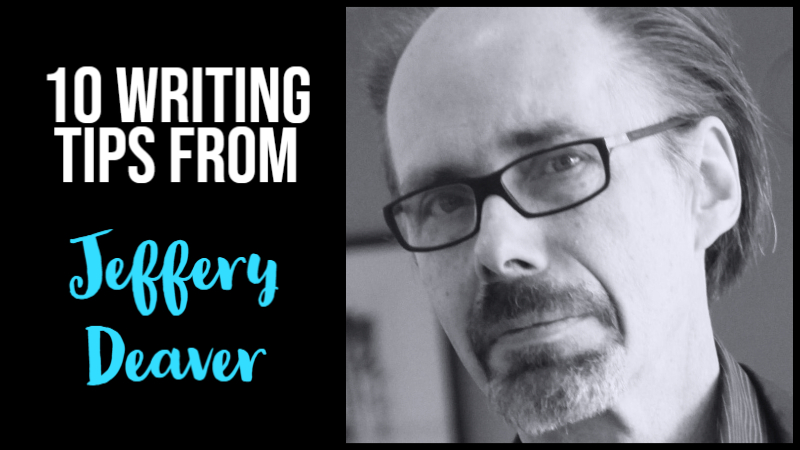 To celebrate Jeffery Deaver’s birthday (6 May 1950), we are sharing some of his writing tips.

A former journalist, folksinger and attorney, Jeffery Deaver is an American author. His novels have appeared on bestseller lists around the world. His 35 books are sold in 150 countries and have been translated into over twenty-five languages. He has sold 50 million books worldwide.

He is well-known for creating the characters, Lincoln Rhyme and Kathryn Dance. His novels include The Cold M

oon, The Bone Collector, and A Maiden’s Grave.

His latest book is The Goodbye Man, featuring

We found these tips for writers on the author’s FAQs Page of his website.

You can also read our Interview with Jeffery Deaver