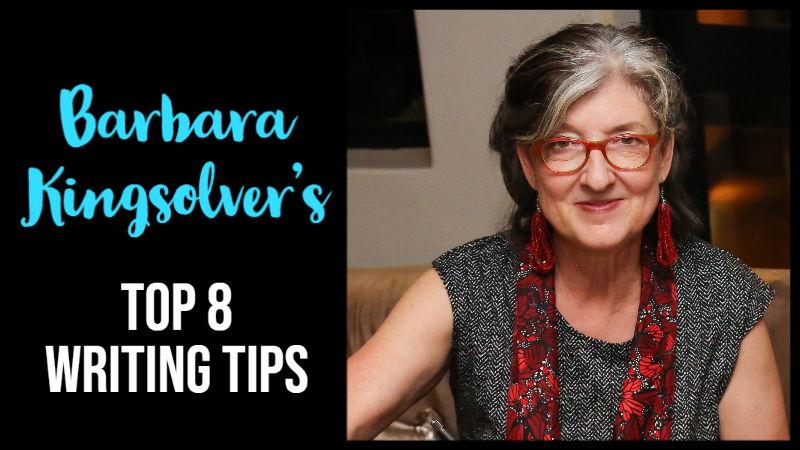 Barbara Kingsolver is an American novelist, essayist, and poet. She was born 8 April 1955.

Her work focuses on social justice, biodiversity, and the way humans interact with their communities and environments. She is the author of 15 books, including The Poisonwood Bible. Her latest book is Unsheltered.

The Poisonwood Bible, her fourth novel, sold more than four million copies and was chosen for Oprah Winfrey’s book club. Her later novels have made the New York Times bestseller list.

Barbara Kingsolver was named one the most important writers of the 20th Century by Writers Digest. She has received numerous awards, including the Orange Prize for Fiction for The Lacuna and the National Humanities Medal, the United States’s highest honour for service through the arts.

She has also established the Bellwether Prize for Fiction, the nation’s largest prize for an unpublished first novel, which since 1998 has helped to establish the careers of more than a half dozen new literary voices.

Barbara was our guest speaker in 2015 and she shared her top writing tips with us.