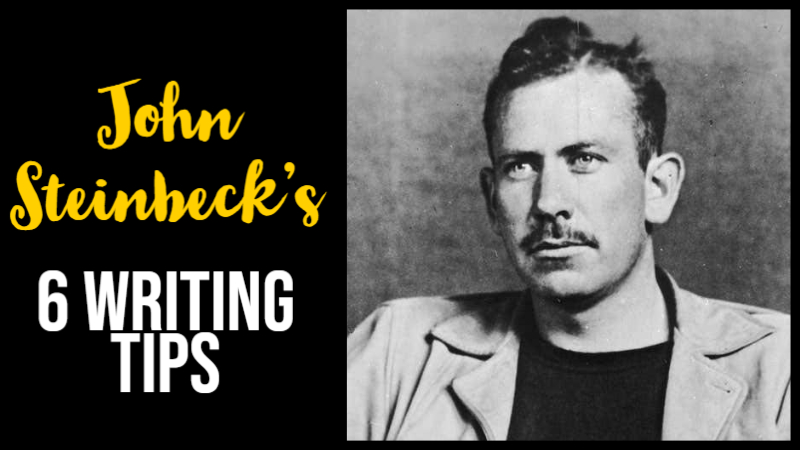 Before he became a successful author, he supported himself as a manual labourer. This gave his writing about the plights of migrant labourers a ring of authenticity.

During World War II, he wrote some government propaganda, most notably, The Moon Is Down, in 1942. The novel depicted the Norwegians under the Nazis. He also served as a war correspondent.

He wrote 27 books and five collections of short stories. Steinbeck was awarded the Nobel Prize for Literature in 1962.

Here are six things you can learn from John Steinbeck on writing. These tips were included in a 1962 letter to the actor and writer Robert Wallsten. They were later included in Steinbeck: A Life in Letters.

He finishes with ‘I know that no two people have the same methods. However, these mostly work for me.’