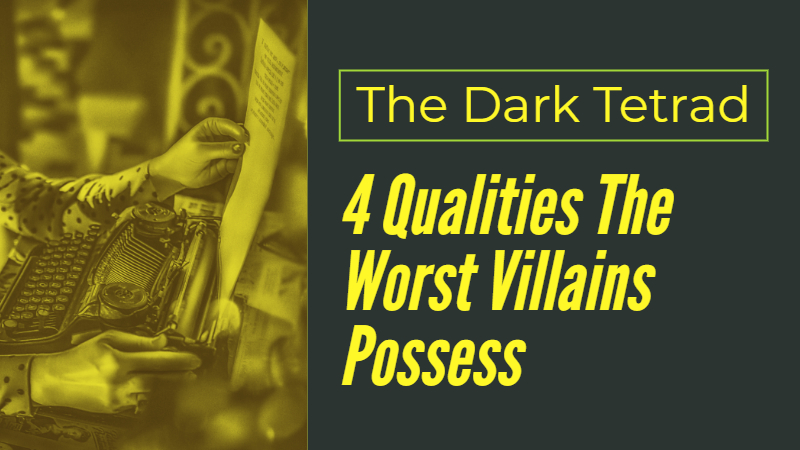 If you want to create a diabolical character, read this post. We look at The Dark Tetrad, which includes the four qualities the worst villains possess.

In a post on Psychology Today, Romeo Vitelli talks about villains often possessing traits from the ‘Dark Triad’ of narcissism, psychopathy, and Machiavellianism.  He says that researchers have proposed a fourth trait, Sadism, which would create a ‘Dark Tetrad’.

What Is The Dark Tetrad?

These four traits make up The Dark Tetrad:

Imagine somebody who meets all four criteria. You could call this person evil. You would have to create a formidable protagonist to counter this creature.

In Psychology Today, Travis Langley says: ‘Not every abuser, bomber, mass murderer, or other human monster will meet all four criteria, but when all four are present, persistent, and pervasive, their victims tend to suffer the worst. That, we name evil.’

Please add your suggestions with characters who have these traits in the comments section below.