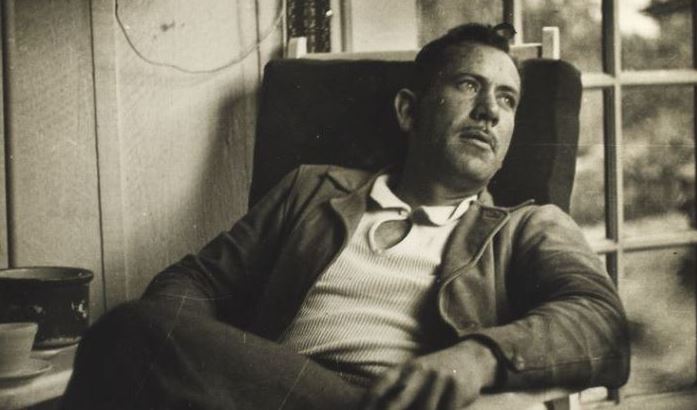 To celebrate the anniversary of John Steinbeck’s Birthday, we’ve shared his letter about ‘a morally bankrupt turn of events’.

John Steinbeck was born 27 February 1902, and died 20 December 1968. He is well-known for the Pulitzer Prize-winning novel The Grapes of Wrath and East of Eden and the novella Of Mice and Men. He wrote 27 books and five collections of short stories. He received the Nobel Prize for Literature in 1962.

Before he became a full-time writer, he worked as a caretaker and a tour guide at a fish hatchery. He had a deep affection for great teachers – ‘I have come to believe that a great teacher is a great artist and that there are as few as there are any other great artists. Teaching might even be the greatest of the arts since the medium is the human mind and spirit.’

In 1959, he wrote about the greed and cynical immorality that was becoming part of everyday life in America. We wonder what he would have to say today.

John Steinbeck’s Letter About ‘A Morally Bankrupt Turn Of Events’

We found this letter on Letters of Note

In November of 1959, as a shocked American public were hit with the news that a number of their favourite quiz shows had been rigged for some time, author John Steinbeck wrote the following letter to his friend, politician, Adlai Stevenson, and spoke of his concern at such a morally bankrupt turn of events occurring in his increasingly gluttonous country.

Find out more about the John Steinbeck here P.S. If you want to write a book, sign up for our online course.