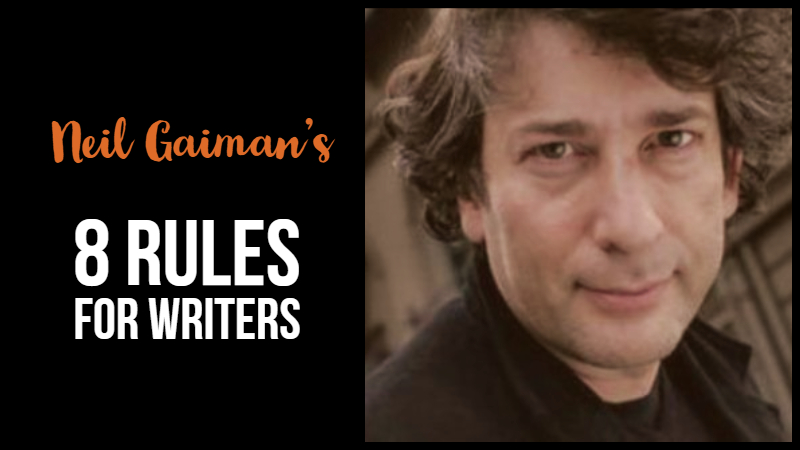 His novels include the New York Times bestselling titles, Neverwhere and Stardust, and the Hugo and Nebula Award-winning American Gods

, Anansi Boys, and Good Omens (with Terry Pratchett). He is also the author of the short story collections Smoke and Mirrors and Fragile Things. He is the first author to win the Newbery and the Carnegie medals for the same novel – The Graveyard Book

Many of his works have been adapted for film and television. Here are his eight rules for writing.