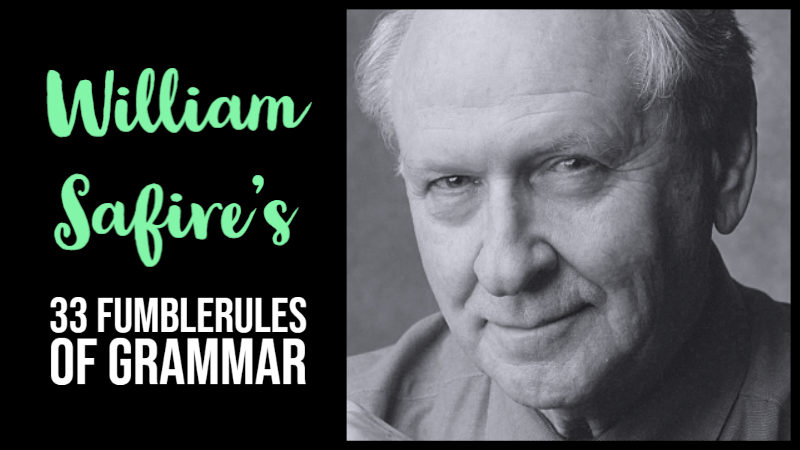 William Safire was an American author, columnist, and presidential speech writer. He was born 17 December 1929, and died 27 September 2009.

He wrote Fumblerules: A Lighthearted Guide to Grammar and Good Usage, On Language, Lend Me Your Ears: Great Speeches in History

, and How Not to Write: The Essential Misrules of Grammar

In an article for On Language in The New York Times, he included a list of tongue-in-cheek grammar rules, which he called fumblrules.

He writes: ‘As owner of the world’s largest collection [of perverse rules of grammar], and with thanks to scores of readers, let me pass along a bunch of these never‐say‐neverisms:

I hope these ‘rules’ made you smile.