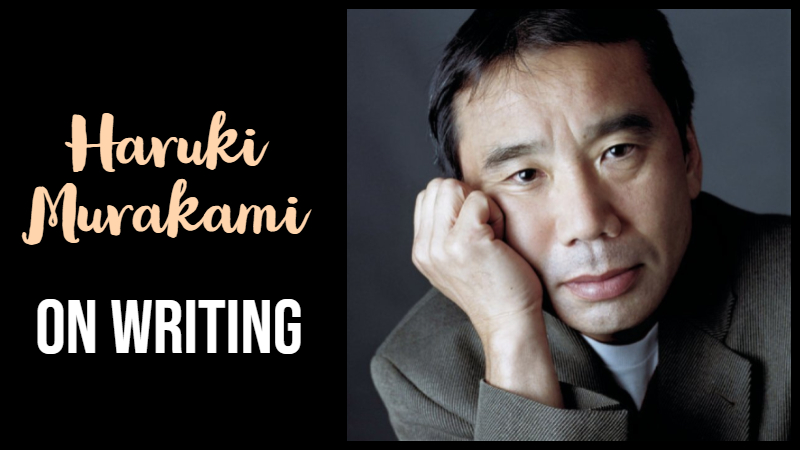 Haruki Murakami is a Japanese author of many novels as well as short stories and non-fiction. He was born 12 January 1949.

His books include Norwegian Wood, The Wind-Up Bird Chronicle, Kafka on the Shore, 1Q84, Colorless Tsukuru Tazaki and His Years of Pilgrimage, and The Strange Library.

His work has been translated into more than fifty languages, and he has been awarded literary prizes across the globe, including Prague’s Franz Kafka Prize, the Jerusalem Prize, Spain’s Catalunya Prize, and Japan’s Tanizaki Prize.

Murakami is an established translator of American literature, and he has written Japanese editions of works by Raymond Carver, Paul Theroux, Truman Capote, Ursula K. Le Guin, and J.D. Salinger.

The excerpts of writing advice below were taken from Murakami’s memoir, What I Talk about When I Talk about Running