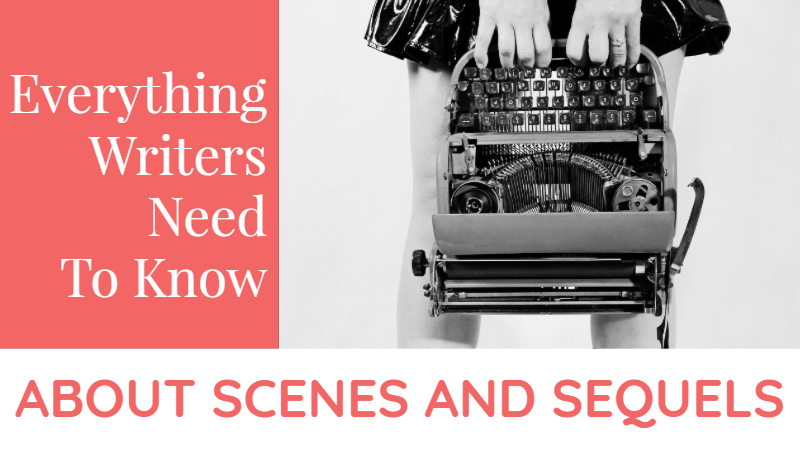 Everything Writers Need To Know About Scenes And Sequels

In this post, we explain what scenes and sequels are, and why you need them in your novel.

Everything Writers Need To Know About Scenes And Sequels

Our lives are made up of scenes and sequels. We live through times of action and periods of reflection. Sometimes, our lives seem completely action-packed. At other times, they are relatively conflict-free.

Novels are also made up of these storytelling units. As I wrote in a previous post:

Tip: We can even break our days up into these units. A good writing exercise is to break up a day in your life into periods of action and periods of reflection.

Breaking Down The Numbers

How many scenes and sequels do we need in our books?

Human beings are hard-wired to respond to conflict, especially if it is vicarious, so it makes sense that successful books are made up of two or three scenes to every one sequel.

These are obviously only guidelines, but they are useful if you want a framework on which to build your plot. It is also easier when you can break up a book into these bite-sized chunks.

In my next posts, I am going to write about mastering scenes and sequels.

10 Important Things To Remember About Scenes And Sequels

2. Every conflict must be believable. Avoid including conflict for conflict’s sake. Like any good crime, if your characters are going to have an argument or a fight, you need to show means, motivation, and opportunity. Remember that fiction is not as aimless as reality. It must make sense if you want the story to have substance.

3. Show. Don’t tell. If there are two characters in the scene or sequel, use dialogue and actions to tell the story. If the character is alone, let them act while they are thinking. [Read 60 Things For Your Characters To Do When They Talk Or Think] Always use body language.

4. Tell when you need to tell. Sometimes the scene is too exciting or too intense to show. This is a good time to tell us what is going on. [Read: 5 Instances When You Need To Tell]

5. Beginnings, Middles, Endings. Every scene should have a beginning and an end. The muddle in the middle is important too. In next week’s post, I will talk about scene goals, conflicts, and failures. Remember that you can’t have happy endings at the end of each unit. If you did this, you would have no story to tell.

6. Try to set the scene. Use emotions and physical descriptions to create a mood for your scene or sequel. Let your character react to the setting using the five senses. If you want to create a bleak scene with a character in despair, you can set it in a bleak setting. Alternatively, you can place the character in a happy setting, and allow their reactions to the happiness around them to reveal their true emotional state.

7. Create friction-free transitions. We do not have to know everything a character does and thinks between scenes and sequels. It would be agonisingly boring if we did. So, do use transitions, for example: The next day ….

8. Use cliffhangers. Risk a bit of melodrama. When it is appropriate, make your readers wonder what will happen next by using cliffhangers They should not be able to put the book down. You can do this by:

9. Pacing is important. Don’t overdose with too much action or too much reflection. Do not include dialogue just because you think you need more white space. As a rule, action scene follows action scene. Use your sequels when your characters and readers need a break. [Read: All About Pacing]

10. Involve your protagonist in every scene. This does not mean they have to be present in the scene or sequel, but the other characters should reference this character in some way. If you do this, your story will not get side-tracked.

Look out for next week’s post: The Anatomy Of A Scene