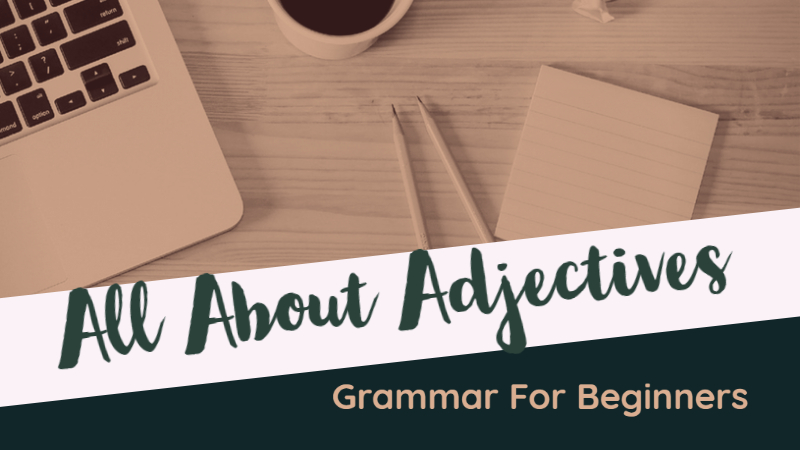 Grammar For Beginners: All About Adjectives

We continue our parts of speech series by writing all about adjectives.

What Are Parts Of Speech?

“In the English language, words can be considered as the smallest elements that have distinctive meanings. Based on their use and functions, words are categorised into several types or parts of speech.” (From Parts of Speech)

A part of speech is also sometimes known as a word class.

Today, I will discuss adjectives.

An adjective is a word that describes a noun. There are two kinds of adjectives: attributive and predicative.

The attributive stands next to a noun and describes it.  The usual place of the adjective is in front of the noun.

Example: The black cat climbed a tree.
Sometimes, for dramatic effect, the adjective can come after the noun.
Example: This is the jungle dark.

The predicative is when a verb separates it from the noun or pronoun it describes.

What Is An Adjectival Phrase?

The Correct Order for Multiple Adjectives

If you need to use a few adjectives in a row, they should be written or spoken in a specific order. Most English speaker do this naturally, but if English is your second language, this is the order to use:

Top Tip: Do not use too many adjectives in your writing. Choose nouns that do most of the work for you.