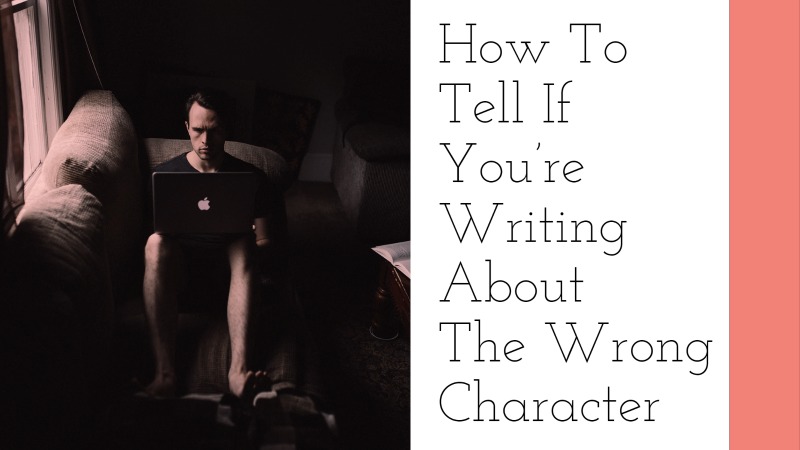 How To Tell If You’re Writing About The Wrong Character

When I used to teach creative writing, it was often clear that beginner writers had chosen the wrong character to star in their novels. It was often difficult to get them to see this, because they had become attached to their story.

I tried to get them to understand the roles of the four main characters. (If you want to understand these roles, please read The 4 Main Characters As Literary Devices.) Once they understood this, they often switched the protagonist with one of the other characters.

The protagonist’s role is to drive the story from beginning to end. Their story goal is usually the goal of the book – and it is the foundation of your plot. They are present in most of the scenes and sequels in the book. Their viewpoint is the main viewpoint in the story. If the character you’ve chosen does not do this, you’re writing about the wrong character.

How To Tell If You’re Writing About The Wrong Character

2. Your Current Protagonist Is Passive

Readers like to read stories where they experience everything vicariously through the protagonist. If you have a passive main character, it is difficult for them to do this. If your protagonist does not react and act, they are probably not the protagonist of the story. Choose a character who can make choices and act on those choices as the star of your book.

Readers want to experience all the main character’s emotions and learn their lessons. If your love interest or your sidekick or your friend is the one who changes the most, learns the most, and grows along the way, they may be the correct protagonist. This usually means that a sub-plot should be the main plot. Explore the sub-plot and see if the starring role in that could be a protagonist.

4. The Story’s Conflict Has Nothing To Do With The Protagonist

Your main character should be involved in most of the conflict in the book. A protagonist has a story goal. They are prevented from achieving that goal through two types of conflict – one that is mostly caused by the antagonist (exterior conflict) and another that is mostly caused by their feelings for their love interest (interior conflict). If your main character is not being prevented from achieving a story goal by these two things, you may be writing about the wrong person.

5. Another Character Steals The Show

If a side character consistently steals the spotlight from your protagonist, you should consider that character as a protagonist. This could even be the antagonist. You may want to write from that character’s viewpoint as an anti-hero. The hero should be as strong as the villain – even if you have to build up to this. It must happen and the protagonist must steal the show.

6. The Current Character Has Nothing To Do With The Antagonist

A protagonist exists in order to confront an antagonist. The antagonist is there to prevent your main character from achieving their story goal. There needs to be a realistic way for the two to interact in your story. If your current protagonist has nothing to do with the antagonist, you may have to change their role in the story. Suggested reading: How To Use Your Antagonist To Define Your Story Goal

If you’re struggling with your story, you may be writing about the wrong character. Use these tips to check if you are.