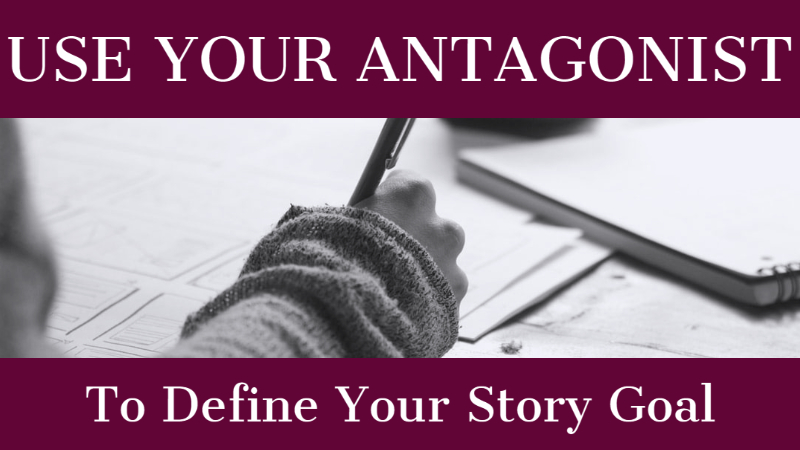 How To Use Your Antagonist To Define Your Story Goal

If you want to write a book, you have to keep your characters busy. You need to give them something to do. Presenting them with a tangible threat, giving them a reason to overcome it, and allowing them a way out, will give them a physical story goal.

As Chuck Palahniuk says: ‘One of the most-common mistakes that beginning writers make is leaving their characters alone. Writing, you may be alone. Reading, your audience may be alone. But your character should spend very, very little time alone. Because a solitary character starts thinking or worrying or wondering.’

One of the best ways to make them less alone is by giving them an opposition character to deal with.

The easiest way to define your protagonist’s story goal is to determine your antagonist’s physical story goal. The two will be in conflict with each other.

It is often easier to give your antagonist a physical goal. It is easier to assign base story goals to villains than to assign them to our heroes. If you understand this, you can use it to your advantage.

Remember, to define a physical story goal a character needs to achieve one (or more) of these:

The pursuit of the physical goal is the road map your character needs to follow to achieve his or her abstract story goal.

How To Use Your Antagonist To Define Your Story Goal

How They Work Together

The physical goal is always the most important for the purposes of plotting and writing your book. Never forget this. It motivates your character. Without the constant tension created by this physical goal , it is difficult to sustain momentum in your story. Chasing an abstract goal is as absurd as fighting a war on ‘terror’.

If you apply this rule to your own life, you will find that you achieve your abstract goals. For example, if you want to become a success in the publishing industry (abstract goal), you will first have to write many books (physical goal).