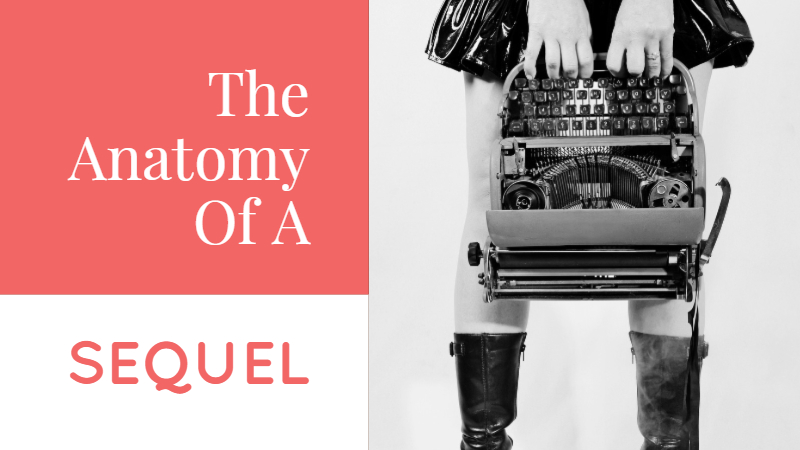 In this post, the anatomy of a sequel, we discuss everything you need to know about writing a reaction scene, which is also known as a sequel.

In my first post in this series on writing scenes and sequels, I covered 10 things to remember about these storytelling devices. Please read the post here: Everything Writers Need To Know About Scenes And Sequels. In the second, I covered the anatomy of an action scene. In this post, I am going to cover the anatomy of a sequel (which is also known as a reaction scene).

To recap, novels are made up scenes and sequels. As I wrote in a previous post:

So, let’s talk about sequels.

“Life is not so much about beginnings and endings as it is about going on and on and on. It is about muddling through the middle.” ~Anna Quindlen

The sequel is used when the character reacts to their failure in a scene and thinks about a new plan of action. The character may be alone or with another character. This is the perfect place to make use of your confidant character.

Because we get bored when we spend too much time trapped in a character’s thoughts and feelings, we need to remember that sequels are shorter than scenes. Sequels are generally 300-800 words long.

Remember that the sequel is cathartic. It gives the character and the reader a chance to rest and to take stock of what’s happened.

The Anatomy Of A Sequel

The sequel consists of four phases, in this order:

Example: Following last week’s scene where Hector found out that his daughter was ill, we move into a sequel where he has to deal with this news:

TIP: A sequel is ALWAYS followed by a scene. You should never have consecutive sequels. It is boring.

Look out for next week’s post: Perfect Scene Templates To Help You Plot Your Book