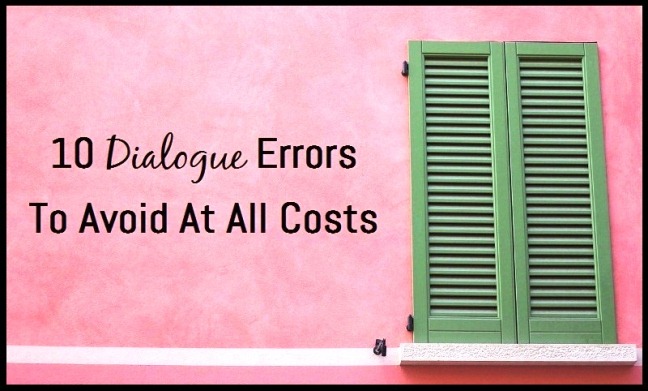 Character speak in stories, but they don’t speak like real people. In this post, we write about 10 dialogue errors writers should avoid at all costs.

Writing good dialogue can be difficult. We have to make every conversation count. We need to include conflict and our characters cannot all sound the same. We cannot include unnecessary exchanges.

Take special care to make your four main characters sound different from each other. These four characters are your:

I have included some of the most common dialogue errors beginner writers make below. If you avoid making them, your dialogue will be more professional and more reader-friendly.

We have also created an infographic for these tips:

Five Exercises To Help You Avoid These Dialogue Errors