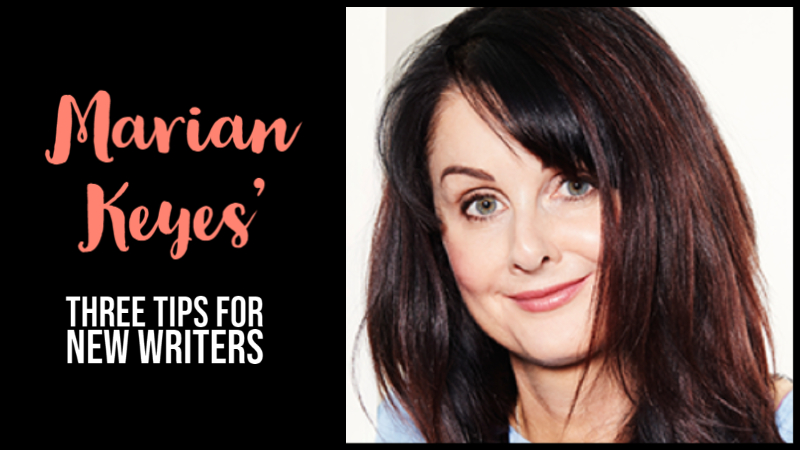 Writers Write is a writing resource. In this post we share Irish novelist, Marian Keyes’ three tips for new writers.

Marian Keyes is an Irish novelist. She was born 10 September 1963.

More than 30 million copies of her novels have been sold worldwide and her books have been translated into 33 languages. Her novels include The Break, Watermelon, Lucy Sullivan Is Getting Married, and Rachel’s Holiday.

Her latest novel is Grown Ups

The books deal with ‘addiction, depression, domestic violence, the glass ceiling, and serious illness, but always written with compassion, humour and hope.’

She has also published collections of her journalism, titled Under the Duvet: Deluxe Edition, and Making It Up As I Go Along.

In an interview with Woman & Home, she offered some advice on finding inspiration for characters. She says: “Wherever you are where there are other people about, there’s plenty of inspiration for the characters in your novel. Look at those people, wonder about their lives. Have fun with it. Pay attention to lines of dialogue – what do they tell you about them? Look without judgement at their appearance. Do they have a fabulous pedicure? Do they light up when their children come near them? People give us clues all the time and all you have to do is be alert. All you need is one characteristic to begin to build a life around them.”

We were also lucky enough to meet her when she toured South Africa in 2007. Read our Interview with Marian Keyes where she tells writers that they should ‘Just do it.’

We found these three tips for new writers on the Women’s Prize For Fiction and we wanted to share them with you.

And one more: ‘I would say, enjoy it! Take pleasure in it. Write for your own pride and try not to think about anybody else reading it because you’ll be far more unfettered in what you actually write.’