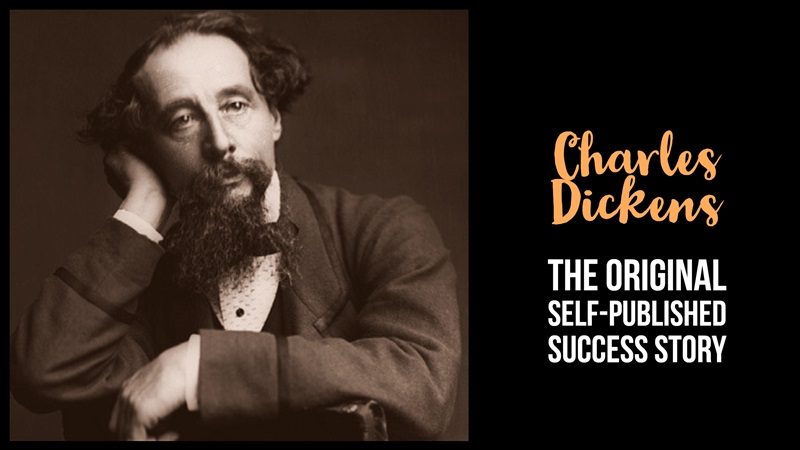 Are you thinking of self-publishing? Read this post to find out why Charles Dickens was the original self-published success story.

Charles Dickens was a prolific English author whose works included Oliver Twist, Great Expectations, and David Copperfield.  He was born 7 February 1812, and died 9 June 1870. He is regarded as the greatest Victorian novelist.

Why Charles Dickens Was The Original Self-Published Success Story

Dickens showed writers how to become famous or, at least, how to become popular. His friend, the novelist Edward Bulwer-Lytton wrote that Dickens “understands the practical part of authorship better than any writer”.

He took care of his own publicity. He was famous for his public readings and tours. His readers adored him. Simon Callow writes: ‘He was taken immensely seriously; he comported himself with dignity, humility, grace and good humour. Then he made them laugh uproariously’.

When he went to Scotland for the first time, everyone who was anyone turned out at a banquet in his honour. He was mobbed during his first trip to America in 1842, where he had locks of his hair cut off and bits of his fur coat plucked. He was stared at and followed, but he relished the acclaim.

Charles Dickens lived his life in the glare of publicity more so than any other author in history. When he died it can be argued that he was the most famous man in the world. If he had lived today, he would have a Twitter account, a Facebook page, an Instagram account, and a Blog. He would be a social media superstar.

Dickens was ahead of his time.

Enjoy this infographic with some of the statistics and incidents that made him a superstar in his own time – and now.