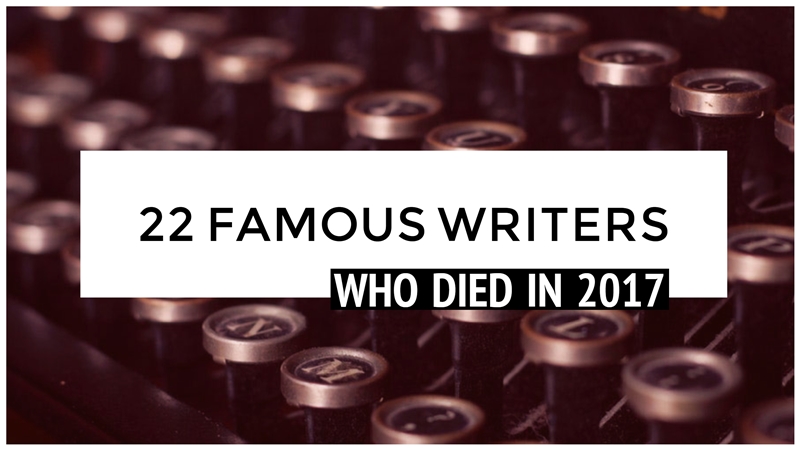 Writers Write is a comprehensive writing resource. In this post, we share the names of famous writers who died in 2017.

The world lost many literary greats, including a Nobel Prize in Literature laureate, last year.

P.S. If you want to write a book, join our Writers Write course in Johannesburg or sign up for our online course.