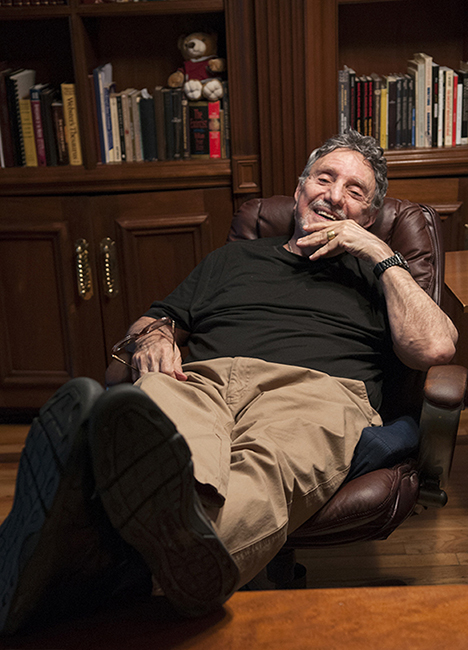 William Peter Blatty was an American writer and filmmaker. The Exorcist is his most well-known novel. He also wrote the screenplay for the film adaptation, for which he won an Academy Award.

Source for photograph: jtblatty, CC BY 4.0 <https://creativecommons.org/licenses/by/4.0>, via Wikimedia Commons