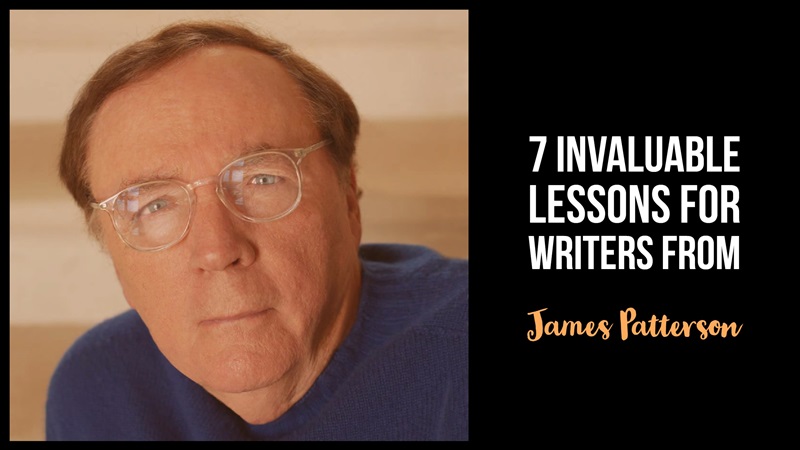 Writers Write is a comprehensive writing resource. In this post, we’ve shared 7 invaluable lessons for writers from James Patterson.

[ James Patterson is an bestselling American author. He was born 22 March 1947.]

I often blithely remark that James Patterson writes ‘Hardy Boys for grown-ups.’ That’s not meant as an insult. The more I read his novels, the more respect I have for his craft. His books don’t demand any heavy lifting from the reader — in many ways, they’re like chilling out in front of your favourite detective or police TV show.

Here are seven lessons we can learn from this best-selling author:

James Patterson is an American author who has sold an estimated 350 million books worldwide. He first became famous for his Detective Alex Cross novels starting with Along Came a Spider.