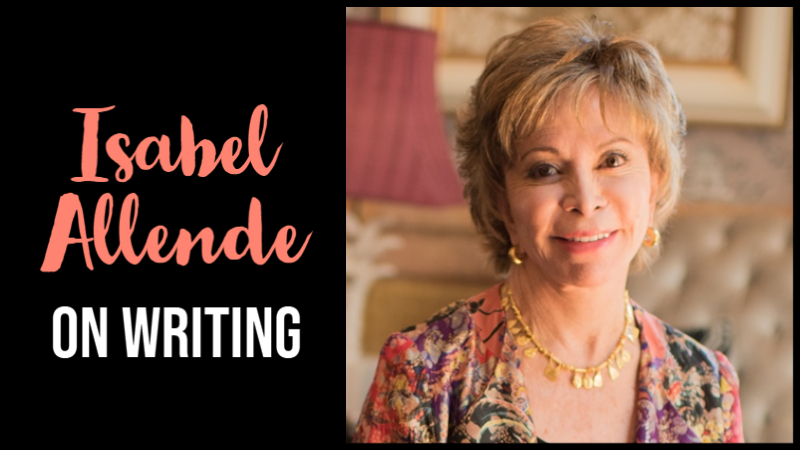 Writers Write is a resource for writers. In this post, we share some of Isabel Allende’s writing process from her own words.

Isabel Allende is a Chilean writer, born 2 August 1942. She is famous for writing novels such as The House of the Spirits and City of the Beasts. Her latest book is A Long Petal of the Sea.

Allende, who is a novelist, feminist, and philanthropist, is one of the most widely-read authors in the world, having sold more than 74 million
books.

She has authored more than 23 bestselling and critically acclaimed books, including Of Love and Shadows, Eva Luna, Daughter of Fortune, Paula, and In the Midst of Winter. Her books have been translated into more than 42 languages. Allende is known for entertaining and educating readers by interweaving imaginative stories with significant historical events.

She has received 15 honorary doctorates, including one from Harvard University, and the PEN Center Lifetime Achievement Award. In 2014, President Barack Obama awarded Allende the Presidential Medal of Freedom, the nation’s highest civilian honour. She received Chile’s National Literature Prize in 2010.

We found out about her writing process on her website and we wanted to share it with you.

Isabel Allende’s Writing Process – In Her Own Words