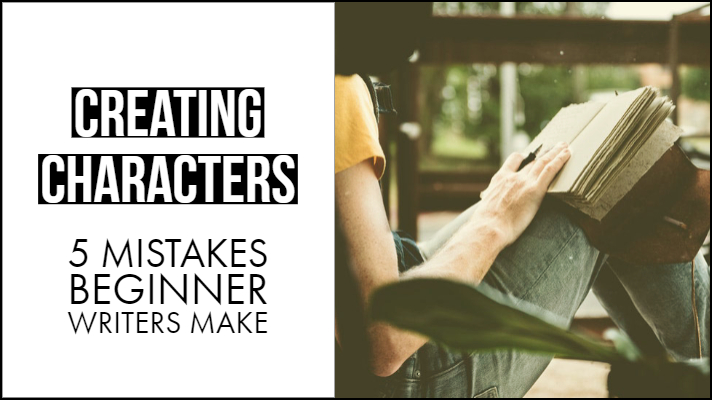 In this post, we have compiled a list of five mistakes beginner writers make when they create characters.

What are the most common mistakes first time writers make when they create characters? They often forget they’re creating real people. As Ernest Hemingway said, ‘When writing a novel a writer should create living people; people not characters. A character is a caricature.’

After many years of teaching Writers Write – how to write a book and after reading hundreds of unpublished novels, we have found that these are the most common problems beginner writers share when they’re creating characters.

Give your characters a life. Surround them with evidence of their past, present, and future. Everyday things that happen to them make them human. They should argue with their parents, forget a friend’s birthday, and hope everyone will forget theirs. They stub their toes, drop cell phones in water, and lose car keys. All of this must happen while they’re dealing with other people. The reader must see characters as real people. Writers create believable characters when readers are able to identify with them.

2. Overcrowding – Too many characters

3. Over-writing – Too many words

Everybody does it when describing a character’s thoughts, actions or motivations. You know…The flowery prose, the reaching for descriptive heights, the excessive internal monologue. Good writing means writing clearly and economically. It means using the five senses on every page. Use strong verbs, precise nouns, and proper sentence structure. Great writing does not mean lots of words. It especially does not mean lots of big words. Don’t contrive a style. Correct, simple words show everything.

4. Tormented heroes – Too many thoughts, not enough actions

Most new writers spend too much time in their characters’ heads. To make characters human we need to see them act. Give them a story goal. Make them get up and do things. A character needs to move forward in a story. The reader needs to see him as a person who is in trouble and identify with him. A common mistake occurs when a character reviews actions. And then thinks it through again. This reveals a lack of skill on the writer’s part when he feels he has not shown the idea the first time around. Your reader will lose interest if you do this.

Imagine watching a film where characters live on a blank screen. That is the equivalent of lack of setting in a novel.  Show characters in their cars, homes and offices. Use decor, food and medication to define them. To create a believable setting in a novel, characters must see, smell, hear, taste and touch in that setting. Characters can’t respond to surroundings if they don’t have any. Make your characters uncomfortable. Put them in a crowded lift, or a traffic jam. Make sure there is no coffee in the cupboard when they most need it. Give your character a life through setting.

TOP TIP: Use our Character Creation Kit to create great characters for your stories.

TOP TIP: Use our Character Creation Kit to create great characters for your stories.