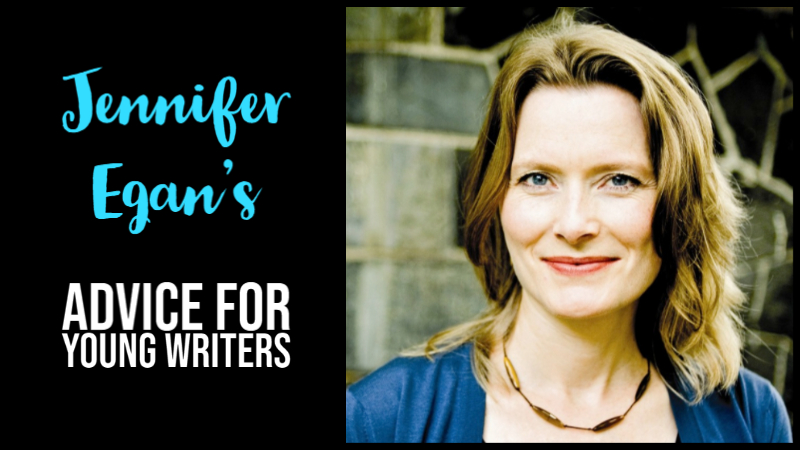 Writers Write is a writing resource. In this post we share American novelist, Jennifer Egan’s advice for young writers.

Jennifer Egan is an American novelist and short story writer. She was born 7 September 1962.

Her novel A Visit From The Goon Squad

won the 2011 Pulitzer Prize for Fiction and National Book Critics Circle Award for fiction. Her 2017 novel, Manhattan Beach, has been awarded the 2018 Andrew Carnegie Medal for Excellence in Fiction.

She is also the author of The Invisible Circus, a novel which became a feature film, Look at Me, a finalist for the National Book Award in fiction in 2001, and Emerald City and Other Stories.

Her short stories have appeared in The New Yorker, Granta, McSweeney’s and other magazines. She is a recipient of a Guggenheim Fellowship, a National Endowment for the Arts Fellowship in Fiction, and a Dorothy and Lewis B. Cullman Fellowship at the New York Public Library.

She is President of PEN America.

We think Jennifer is one of the best modern authors, and when we found this post, we wanted to share her advice for young writers with you.

(Source: Read the full post on The Days Of Yore / Source for image: jenniferegan.com)

If you want to learn more about Jennifer, visit: www.jenniferegan.com.