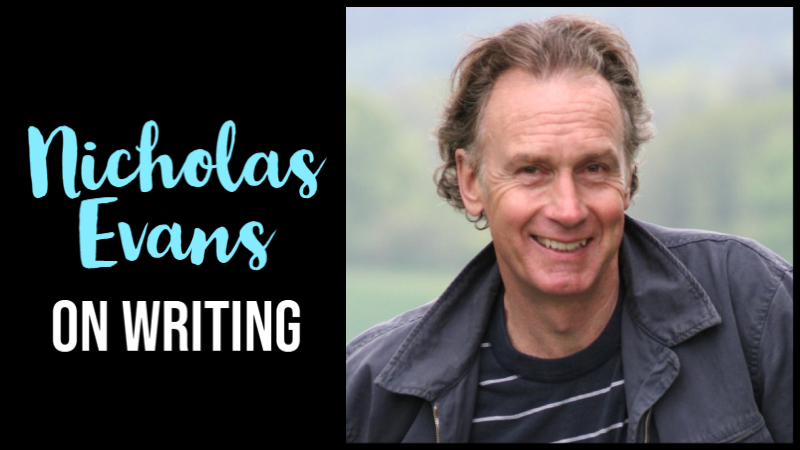 Nicholas Evans On Why Writing Is Like Going On A Hike

Writers Write is a resource for writers. In this post, we share why English author Nicholas Evans thinks starting to write is like going on a hike.

Nicholas Evans is an English journalist, screenwriter, television and film producer, and novelist. He was born 26 July 1950.

He is best known for writing The Horse Whisperer. The book has sold more than ten million copies worldwide since its publication in 1995 and has been translated into a total of 36 languages. It was made into a major Hollywood film in 1998. Robert Redford produced, directed, and starred in the adaption.

Since then, he has written The Loop, The Smoke Jumper, The Divide, and, his latest, The Brave.

We found this advice on writing on his website and wanted to share it with you. He says that things evolve as he writes. He does his research and this when the the story starts to take shape in his head.

Nicholas Evans On Why Writing Is Like Going On A Hike

“Starting to write is a bit like going for a hike in a place you have never before visited with people you know little about. Before you set out, you study the map and then you drive there, put on your boots and your backpack of research and set off up the trail.

At first, the characters you are hiking with will be like silhouettes; maybe you know just one or two key things about them. Once you start walking, you have to ask yourself all kinds of questions about them. Where was she born? What was his relationship like with his father? Did she go to college? Can she catch a ball, sail, speak French? Who was his first love? As you answer these questions, so the silhouettes begin to fill in and after a few miles you are getting to know who they are.

And when you see the terrain you are hiking through, you will maybe change your mind about the route you had planned to take. You are headed in the same direction, but instead of walking up in the trees, you decide to go lower along the river or maybe you’ll spend an extra day camped by the waterfall. The characters will sometimes tell you to do this kind of thing too.”