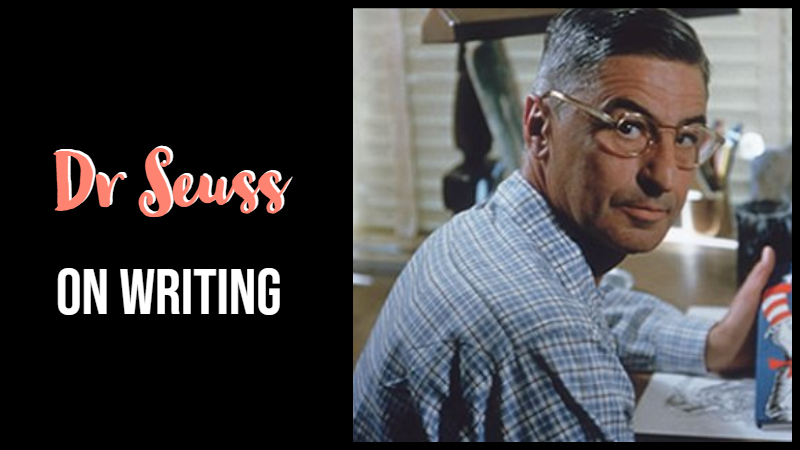 Writers Write is a comprehensive writing resource. In this post, we’ve shared advice from the iconic American author, Dr Seuss on writing.

Dr Seuss, who was born Theodor Seuss Geisel, was an American writer, poet, and cartoonist. He published 46 children’s books including Green Eggs and Ham

and The Cat in the Hat. His works have been adapted for television, film, and theatre. He won the Lewis Carroll Shelf Award twice.

Today is the anniversary of his birthday. He was born 2 March 1904, and died 24 September 1991. His birthday has been adopted as the annual date for National Read Across America Day, an initiative created by the National Education Association.

He also worked as an illustrator for advertising campaigns, and as a political cartoonist for PM, a New York City newspaper. During World War II, he worked in an animation department of the United States Army, where he wrote Design for Death, which won an Academy Award for Documentary Feature.

Here are some tips from him on writing.

It has often been said
there’s so much to be read,
you never can cram
all those words in your head.

So the writer who breeds
more words than he needs
is making a chore
for the reader who reads.

That’s why my belief is
the briefer the brief is,
the greater the sigh
of the reader’s relief is.

If you want to learn how to write for children, sign up for kids etc. online.