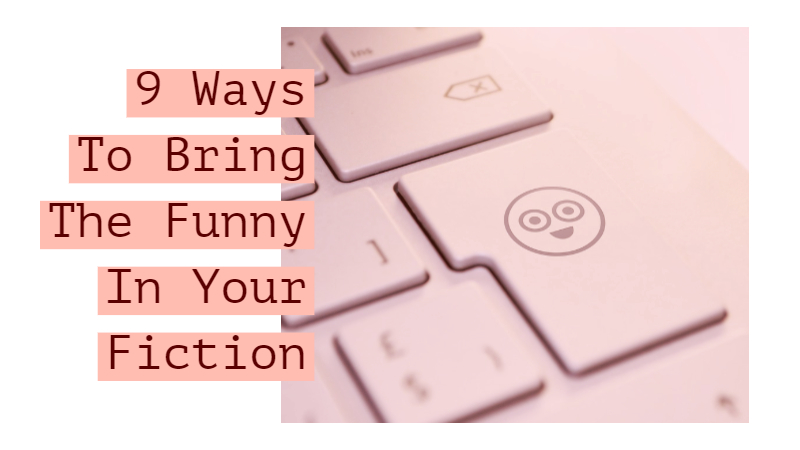 9 Ways To Bring The Funny In Your Fiction

Our guest blogger shares nine ways to bring the funny in your fiction.

We all like the idea of making people laugh with our stories. But it’s never easy. Here are a few practical thoughts about how to increase your humour quotient in your writing.

I know what you’re thinking. Who are you to tell me how to be funny?

Well, no one really. I’m just someone who’s spent a lot of time trying to raise a smile with my writing. I’ve written sketches for BBC comedies, written humorous features and columns for newspapers and magazines, and am the co-author of Kitten on a Fatberg, a new comic novel in email form about an eccentric writers’ group. My mum thought it was quite good, though she found the title a bit disgusting.

I should perhaps also add that I was Asda Christmas cracker joke-writing champion in 2004. The judges said I deserved to win because ‘Mr Brotzel got the biggest groans’. Sample joke: Why are Greeks such fun people? Because they have a great sense of hummus.

I’ll get my coat. (I told you about the groans.)

Anyway, today I’m only writing about humour so I don’t have to be funny (as I’ve just demonstrated). As E.B. White put it, ‘Analysing humour is like dissecting a frog. Few people are interested and the frog dies of it.’

It sometimes seems to be one of life’s great unfairnesses that some people are just naturally funnier than others. But along with talent and inspiration, craft and persistence play a massive part in any successful comic writer’s work. You may think that you aren’t naturally a funny writer, but in fact there are lots of things you can do to inject more amusement into your words. Here are a few ideas…

9 Ways To Bring The Funny In Your Fiction

1. Observe and curate your comedy.

Everyday life is full of funny stuff. Often the best humour doesn’t have to be invented; it just needs to be observed and packaged for the reader. How often, after all, have you heard someone say something inadvertently hilarious on a bus or train and thought, ‘I must remember that.’

So, always be taking note of things that make you laugh as you go through your day: unusual turns of phrase, anecdotes, strange street moments. If it makes you laugh, and you can work it into your story, go for it. Don’t try to analyse too much why it’s funny, but be true instead to that initial amused reaction.

2. Make your humour organic to your story.

Writers of fiction aren’t stand-up comedians. Your job isn’t to shoehorn three gags into every paragraph (though some will try). When you write a story, you want to deliver a subtle pleasure that will stay with the reader. You want to create something that will even bear re-reading. Big laughs rely on shock tactics and are quickly forgotten. In fiction, humour often stems more organically from dialogue, situation, and character.

So when you write go for smiles, not belly-laughs. The smile is a response to a style of humour that’s more observational, less punchline-driven, and what it lacks in fireworks it can make up for in emotional staying power. As Muriel Spark said: ‘I have a great desire to make people smile—not laugh, but smile. Laughter is too aggressive.’

The same is true of people’s names, place names, indeed of all sorts of nouns, adjectives and verbs. It’s even true of specific sounds. Stand-ups will tell you that O-words, B-words and C-words tend to be among those that are funnier than average. Think ocelot, ottoman, ostrich; think cummerbund, crinkly, caravan, corset; think banana, baboon, boudoir.

You’re probably disagreeing with all these choices right now, and that’s grand. My choices change over time too. (Right now, I’m going through a phase of finding the words beard, screenwash and hibiscus rather amusing, but I’m sure it won’t last.) The main thing is to have an opinion – to be thinking hard about which individual words and sounds can land the best comic impact for you. The best comic writers are stringent self-editors.

Humour often flows from ruthless honesty; it’s a way of saying things that people often think but don’t normally feel able to say, for example. In you writing you want to harness that sense of daring risk-taking, but you have to do in a way that doesn’t disrupt the fabric of the world you’re building.

You might get away a with a necrophilia gag in a zombie gorefest, for example, but it’s unlikely to sit well in that elegant Austen-esque comedy of manners you’ve been polishing for the last two years.

If you announce to your writers’ group or potential publisher that you have written a comedy – or worse, that your new book is really funny – you are setting yourself up to fail. You’ve added a whole extra level of pressure on yourself, and there will be readers who will metaphorically cross their arms and seek to prove you wrong at the first opportunity.

If you think about it, comic moments can crop up in stories of all kinds, from sci-fi sagas to chick-lit weepies to dark thrillers. So don’t think of comedy as your genre but as an element that just happens hopefully to be integral to your story, like suspense or strong observation or pace or credible characterisation. Let people discover the humour for themselves, and be pleasantly surprised in the process.

6. Stay true to your initial reactions.

A funny writer I know once told that the first time he hears one of his own jokes, he finds it as funny as anyone else, because it has bubbled up from his unconscious uncensored, and so is as much news to him as to everyone else.

Like a good idea, a funny thought is something you have to learn to listen out for, rather than try to strain into being. And if you do hit on an idea or situation or line that makes you smile, try to bottle that initial reaction and the words or thoughts that made it amusing. Too much fine-tuning can dilute the original funny effect.

A lot of humour is in the delivery. Subtle tweaks to rhythm, word choice, syntax and variation can massively add to or detract from the comic impact of a line. Listening to great actors read great comic writing will help you develop your comic ear – as, of course, will reading your own stuff out loud, even to yourself.

You may have noticed that the key word of a joke’s punchline is often never mentioned in the set-up, so as not to ruin the effect. Similarly, in fiction, you sometimes need to rewrite sentences and paras so the really funny part of an incident only happens at the very end of the line. Paying attention to these subtle tweaks can massively improve your humour quotient.

Trying to be funny involves taking a leap of faith. You have to run the risk of revealing stuff about yourself, of being judged – above all, of dying on your bum. Joining a writers’ group is a great way to thicken your skin and get direct feedback on what works in your writing, comedy-wise, and what doesn’t.

You’ll get it wrong often, but on those rare occasions when it comes right, it’s totally worth it.

So funny people tell me, anyway.