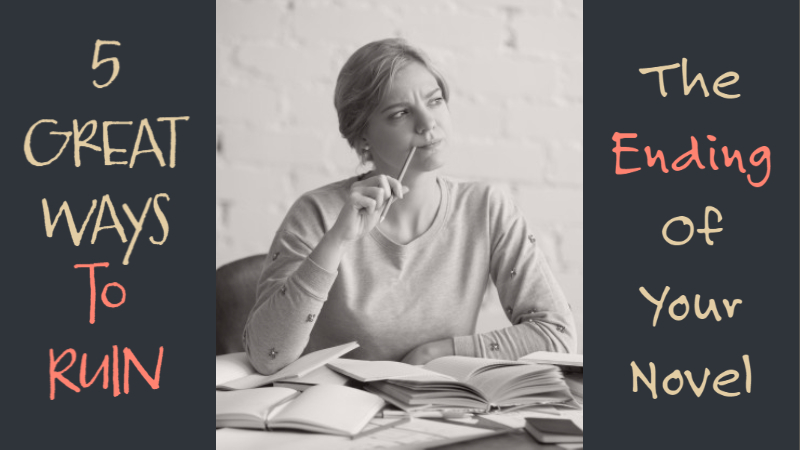 Are you nearly finished writing your story? In this post, we look at five ways to ruin the ending of your novel, which you should avoid.

You’ve sweated blood and tears over your novel.

It’s your baby. And now it’s time to release it into the world.

But you have a doubt. Did you nail the ending? Will the reader be blown away? Or will they wonder why they bothered to finish it at all?

Have you just ruined your great novel with a dud ending?

In Amanda Patterson’s excellent article on exercises for writing endings, she quotes Mickey Spillane: “Nobody reads a book to get to the middle.”

The impression a reader will carry away with them will be formed more by the ending of your novel than anything else.

5 Great Ways To Ruin The Ending Of Your Novel

So how can you avoid the pain of writing your heart out, only for all your efforts to fall flat in the last pages?  The answer is simple. Forearmed is forewarned. So here are 5 great ways to ruin the ending of your novel, so you don’t do the same.

Story structure is critical if your novel is to impact the reader. In its simplest form, you have a beginning, a middle, and an ending. To paraphrase the great conductor Sir Thomas Beecham “There are two golden rules: start together and finish together. The public doesn’t give a damn what goes on in between.”

The same is true for a novel. Blow the audience away with a great opening and a great ending, and they will forgive a mediocre middle. Mickey Spillane would no doubt agree.

And the easiest way to ruin a great story structure is by NOT circling back to the beginning at the end.

So at the start of The Wonderful Wizard of Oz, Dorothy is safe in her home on a farm in the Kansas Prairie. A cyclone comes and sweeps her away. After many adventures, she’s deposited back home, safe once more.

A simple tale, but one that has become a timeless bestseller.

The phrase ‘save the cat’ was made famous by screenwriter Blake Snyder. Basically, the advice he gives is, if you want people to love your character, they need to do something when you meet them that makes you root for them.

So if you want to ruin your great novel have your main character not only fail to save the cat but to kill it at the end.

Raymond Chandler, when asked who killed the chauffeur in his cult novel The Big Sleep, said he had no idea. To this day, readers still argue over who did.

So if a successful writer like Raymond Chandler can end a great novel without tying up loose ends (and big ones at that), then so should you.

Geniuses break the rules. Unless you’re one, you’ll just annoy your readers who will feel let down and confused.

Remember Mickey Spillane’s advice?  “Nobody reads a book to get to the middle.” Your reader has invested time and money in your novel and deserves a satisfying ending.

Vladimir Nabokov said “I have rewritten – often several times – every word I have ever published. My pencils outlast their erasers.” You may be using a computer keyboard rather than a pencil, but you should still be making good use of the backspace and delete keys!

Ernest Hemingway wrote forty-seven alternative endings to A Farewell To Arms. If it took a great novelist like Hemingway forty-seven attempts to get the ending right, it’s worth you taking your time and getting yours right too.

Maybe this seems contradictory having just told you to take your time? Now I’m suggesting that you’ll ruin your great novel if you don’t rush the ending.

The truth is, as many novels are blighted by rushed endings as are by laboured ones. Endings that drag on longer than they need to are a surefire way to ruin a great novel.

How do you know what is too long? Has the hero saved the cat? Have you tied up any loose ends? Then you’re good to go!

You’ve invested a lot in your novel. It has the potential to be great. To reach out and move people in whatever way you intend it to.

Make sure you give it the best chance of success. Remember the 5 rules for the killer ending:

Now you can rest easy, knowing that your great novel ends with an even greater ending. 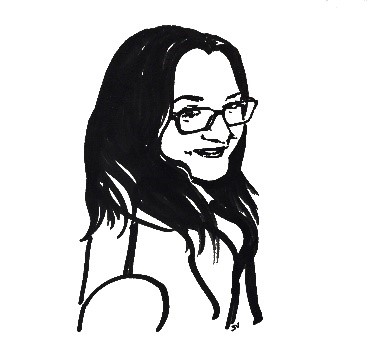 Rachael Cooper is the SEO & Publishing Manager for Jericho Writers, a writers services company based in the UK and US. Rachael has a Masters in eighteenth-century literature, and specialises in female sociability. In her free time, she writes articles on her favourite eighteenth-century authors and, if all else fails, you can generally find her reading and drinking tea!