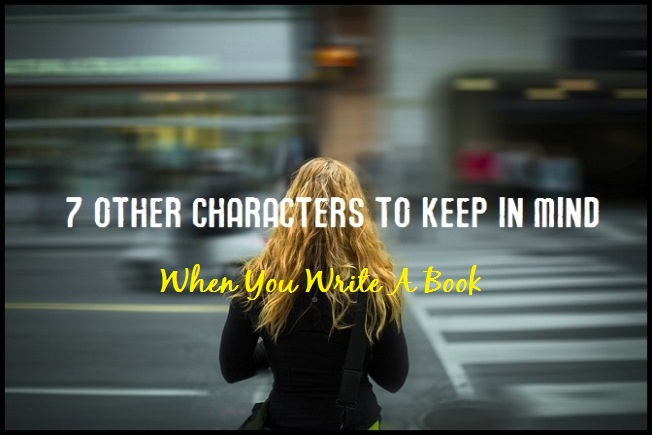 7 Other Characters To Consider When You Write A Book

Writers Write is a comprehensive resource for writers. In this post, we talk about other characters to consider when you write a book.

When you read the first post and read that I suggested only having four characters you probably shook your head in disbelief and then raised your pen in defiance and clicked away, right? That’s ok. Because you immediately thought of characters like mentors and heralds and you wanted to use them all.

Remember the four main characters are integral to the plot. The story will not work without them. The others, as a rule, perform a function in the story and can then disappear.

Here are a few kinds of characters I consider flexible and interchangeable. If you are going to use them, think of why you have added them to the story. What function do they perform?

7 Other Characters To Consider When You Write A Book

If you do research into archetypes you’ll find more. Some are similar and some definitions vary. You can call them influence characters or obstacle characters, there are even doppelgangers (two people who look alike – think Hitchcock, Poe, and Vampire Diaries), and Tempters and Sceptics.

Some say there are 16 archetypes. DISC breaks it down into four personality types; the hero’s journey includes several of the characters listed above. I want you to notice how these characters are interchangeable. Their functions can be shared to keep the character count down.

I want to remind you that additional characters will make your job as a writer harder, because those characters have to be as well-rounded as your main characters. If they are not, they will weaken your plot and come across as flat. If your talent however, is creating characters, let rip.

Just remember, before you add a character make sure what their function in the story is and if there is not a way that you can use an existing character to do that job.