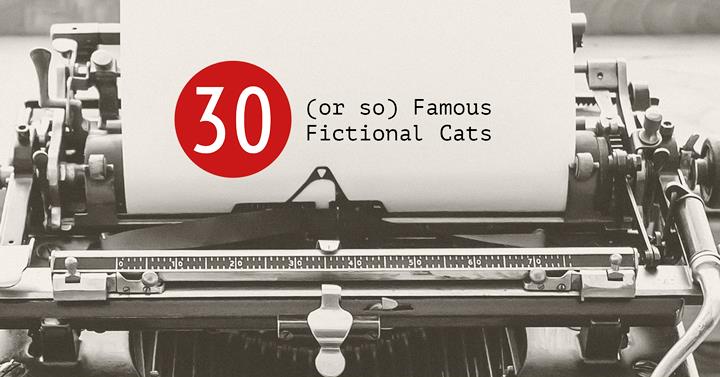 Writers Write is a resource for writers. We’ve put together a post on 30 (or so) famous fictional cats for you to enjoy.

‘If you want to write, keep cats.’ ~Aldous Huxley

Saturday is known as #Caturday on the Internet. Writers have always been fascinated by cats and we’re celebrating this Saturday with these Famous Bookish Cats.

30 (or so) Famous Fictional Cats Please add your favourite fictional felines in the comments section below. This article has 7 comments