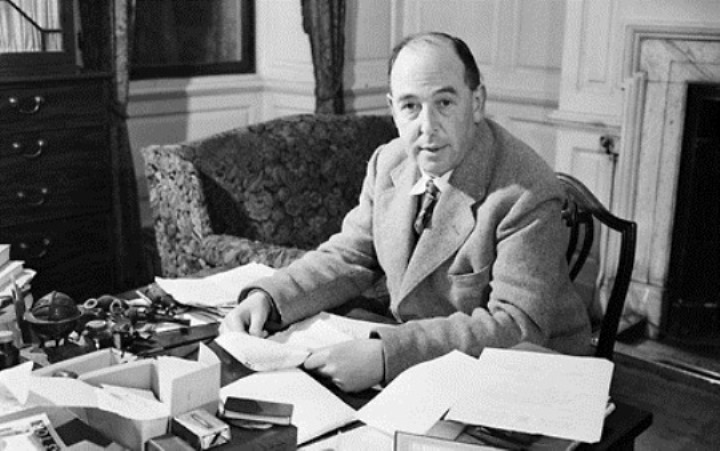 C. S. Lewis was a British novelist, poet, academic, literary critic, essayist, and lay theologian from Belfast, Ireland. Lewis and J. R. R. Tolkien were close friends who served on the English faculty at Oxford University. Both were active in the Oxford literary group known as the ‘Inklings’. In 1956, he married the American writer Joy Davidman with whom he shared a great love. She died four years later of cancer. The lines below come from Lewis’s memoir, A Grief Observed

. ‘Her absence is like the sky, spread over everything.’

Lewis died three years after she did on 22 November 1963, the day John F. Kennedy was assassinated, and the day Aldous Huxley, died.

Lewis’s works have been translated into more than 30 languages and have sold millions of copies. The books that make up The Chronicles of Narnia

have been popularised on stage, TV, radio, and cinema.