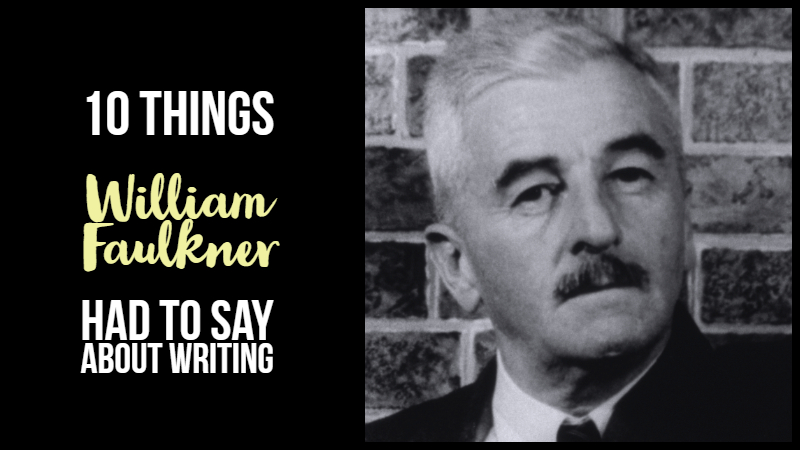 William Faulkner was an American writer and Nobel Prize laureate. He was born 25 September 1897, and died 6 July 1962. He is considered to be one of the most important writers of Southern literature in the United States.

His novels include the titles The Sound and the Fury

and As I Lay Dying

. He was awarded the 1949 Nobel Prize in Literature. A Fable, and his last novel The Reivers, won the Pulitzer Prize for Fiction.

He wrote his first novel, Soldiers’ Pay, at 624 Pirate’s Alley in New Orleans in the 1920s. The house has been turned into a bookshop bearing his name: Faulkner House.

Faulkner also offered plenty of advice to young writers in 1957 and 1958, when he was a writer-in-residence at the University of Virginia. His lectures and public talks were recorded and can heard at the university’s Faulkner audio archive. He was also interviewed extensively over the years.

10 Things William Faulkner Had To Say About Writing