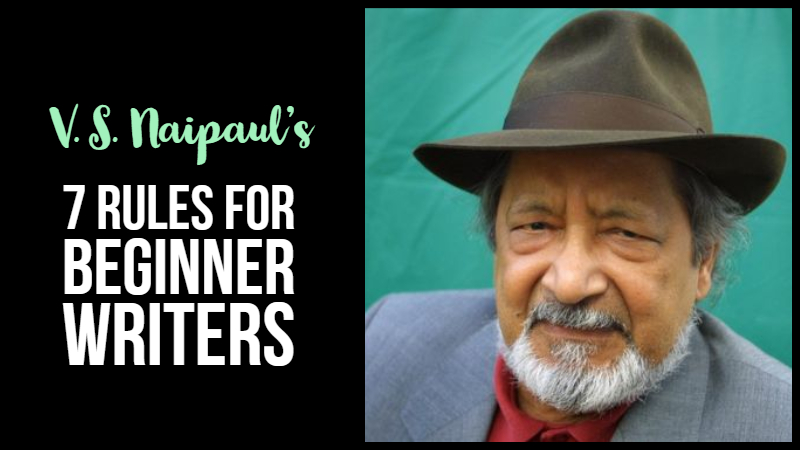 Writers Write is a comprehensive writing resource. We’ve put together a post about V.S. Naipaul’ 7 rules for beginner writers.

V. S. Naipaul (born 17 August 1932, died 11 August 2018) was a Trinidadian-British writer of Indo-Trinidadian heritage. He was best known for his novels focusing on the legacy of the British Empire’s colonialism.

His comic early novels were set in Trinidad and Tobago and his serious later novels were set around the world, including in India, Africa, the Islamic world, and South and North America. He also wrote autobiographical chronicles of his life and travels.

V.S. Naipaul published more than thirty books over 50 years. In 2001, Naipaul was awarded the Nobel Prize in Literature. His novels includes A House For Mr Biswas

and A Bend in the River

V.S. Naipaul drew up this list for beginner writers at the request of the Indian news magazine Tehelka.