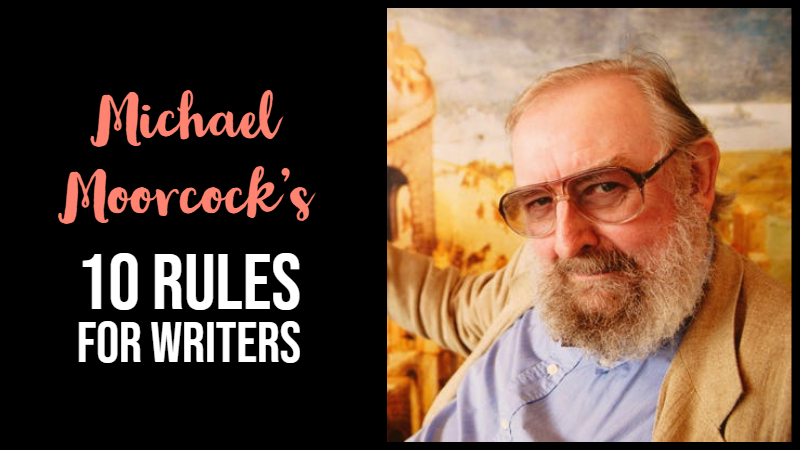 In this post, we’ve included the English author, Michael Moorcock’s 10 rules for writers.

Michael Moorcock is an English writer and musician. Although he is published mostly in science fiction and fantasy, he has also written literary novels. He was born 18 December 1939.

Moorcock became editor of the controversial British science fiction magazine New Worlds, where he championed the development of the experimental science fiction known as the ‘New Wave’ in the UK.

Moorcock has won many awards including the World Fantasy Award for Best Novel: Gloriana: Or, The Unfulfill’d Queen

He is best known for his novels about the character, Elric of Melniboné, who has had an influence in fantasy writing since the 1960s and 1970s.

Most of his fantasy and science fiction takes place “in the ‘Multiverse’, which is an infinity of parallel universes in which the Eternal Champion, a lone hero who takes many forms, battles against forces that wish to upset the balance between Law and Chaos.” (via)

His most dedicated fans are known as Moorcockians.