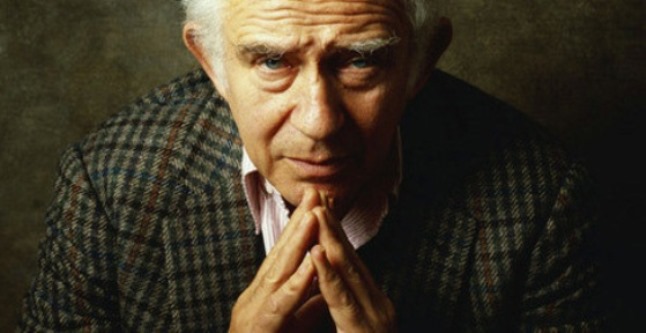 ‘I learned a great deal from writing classes. … And it also chops down that terribly unstable vanity that young writers have, you know, where they think, ‘I’m a great writer’, and at the same time they can’t take a single criticism, and writing courses are good for that. They weather you. It’s a little bit like a kid who wants to play varsity football but never tries out for the team. So you go to that writing class and you get toughened up a little.’ (‘Norman Mailer Interview’, The Academy of Achievement, June 12, 2004)

Norman Mailer was an American novelist, journalist, playwright, film maker, actor and political candidate. He wrote more than 40 books and won the Pulitzer Prize twice, and the National Book Award. His first novel was The Naked and the Dead

. His best work was considered to be The Executioner’s Song. Along with Truman Capote, Hunter S. Thompson, and Tom Wolfe, Mailer is considered an innovator of creative non-fiction. He married six times, before finally settling down with artist Norris Church Mailer. They were together for 30 years.

Follow this link to see where Norman Mailer wrote.