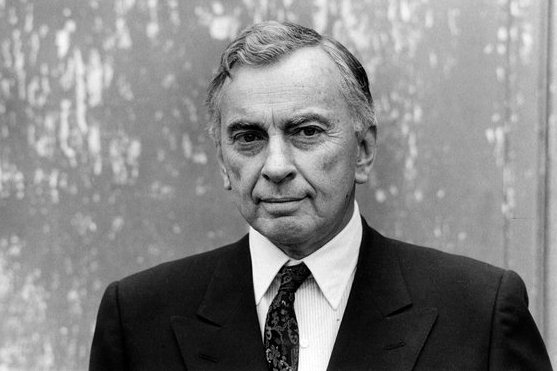 Gore Vidal was an American author who wrote essays, novels, screenplays, and Broadway plays. His most highly regarded novels are Myra Breckinridge

, Burr, Lincoln, and The City and the Pillar

(1959) which won the Academy Award for Best Picture. He was also known for his feuds with Norman Mailer and Truman Capote. Remembered for his caustic wit, he referred to himself as a ‘gentleman bitch’ and has been described as the 20th century’s answer to Oscar Wilde. He was the last of a generation of American writers who served in World War II, including J.D. Salinger, Kurt Vonnegut, Norman Mailer, and Joseph Heller.