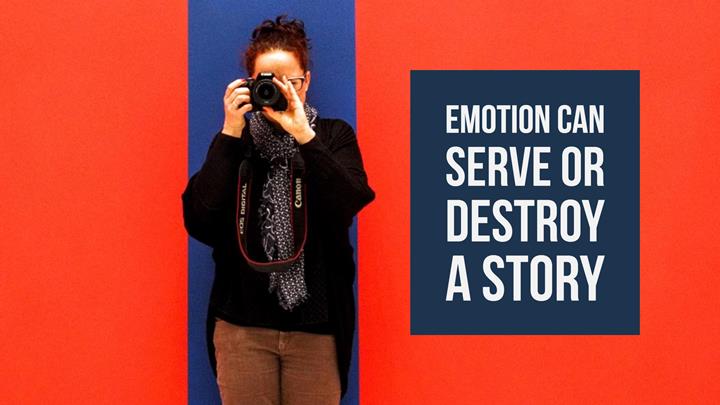 How Emotion Can Serve Or Destroy A Story

We don’t want to drown our readers in emotion and sentiment. In this post, we find out how the use of emotion can serve or destroy a story.

Emotion Can Serve Or Destroy A Story

One of the mistakes we make as writers is confusing sentimental writing with emotional writing. The former is decorating the proverbial chocolate box; the latter is discovering that someone ate the last chocolate in the box.

We want readers to empathise with our characters and their situation. We want to create that emotional connection between character, narrative and reader. That connection must be so strong and immediate that the readers see themselves in the character’s life as it plays out on the page.

Emotion must serve the story and the character. It should never be an attempt to manipulate a response from your reader.

For me, mawkish or flowery writing weakens that bond and diffuses the energy of a scene. It seems to try too hard by overstating the
emotions, rather than digging deeper – to the character, their environment and conflict.

Don’t cry for me, dear reader

Let’s take a scene where a woman is crying over a break-up as an example.

The tears streamed down Nina’s cheeks as she buried her face in her pillow. She clutched the picture of her and Grant as three years of memories washed over her.

We want to show Nina is upset, show her heartbreak, but we’re really just showing the front of that chocolate box, aren’t we?

OK, let’s try to make real rather than sentimental.

Nina’s throat hurt as she swallowed. She tried to breathe through the raw crush in her chest. If she let it out now, she wouldn’t be able to stop.

Maybe this isn’t great, but at least we’re inside the empty chocolate box – we’re much closer to the character.

A dose of realism, please

Maybe we want to show a father’s love for his children.

Brett watched their sweet, happy faces as they ran towards him on the beach – Sam and Nicky, the two angels Carol had blessed him with.

Now the chocolate box has become a TV life insurance commercial. And anyone who has had kids would never describe them as angelic all the time.

Let’s try it again and make it something specific to this father’s viewpoint.

Sam had melted ice cream and half the beach clinging to her ruddy face. She always dawdled behind her older sister. ‘Hurry up,’ Nicky called back to her. Nicky was like him – she liked to lead and that made her bossy. Sam was more like Carol–she could get lost in her own world for hours. The burden of the long hours at the office got a little bit lighter–it always did when he saw his girls.

From the inside out

Maybe overly sentimental writing is a personal bugbear, but I think, to make our writing more powerful, we must make them believable. Don’t recite the emotions you want to impose on the reader. Write a character undergoing these emotions from the inside out.