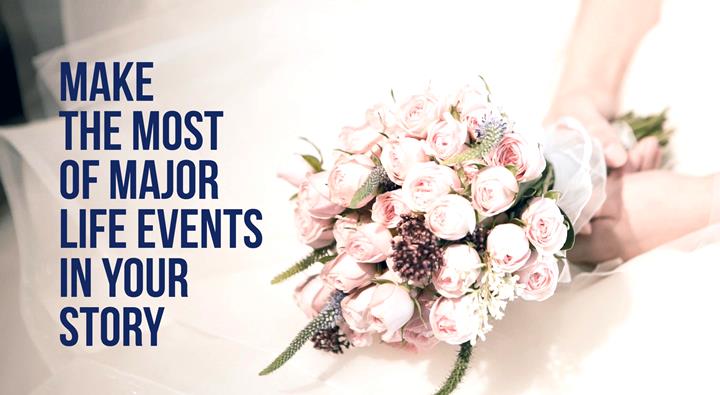 In this post, we give you 3 ways to make the most of major life events in a story.

What is a wedding if not organised drama? All the elaborate dresses, gifts, food, and music, not to mention the unseen family politics, just to witness two people swap two words! We do it because it works. It’s a great show. Where else can you get a hundred people to laugh, cry, and celebrate in one afternoon?

Sometimes as writers we want to bring a lot of characters together on the page for an important event like a wedding or a birthday party, a ball, a fight scene—in fact your story could hinge on these plot high points or set pieces. However, it does take a little planning. Using the example of the wedding, let’s see how it could play out.

Of course, you don’t have to plan major events like weddings or funerals. A Sunday night lunch with a dysfunctional family could be just as dramatic, funny, or sad. The office Christmas party could be ripe with conflict and drama too.

The idea is to get characters together for a reason or a ritual and build a big plot moment around this event.

Try these five exercises to help: