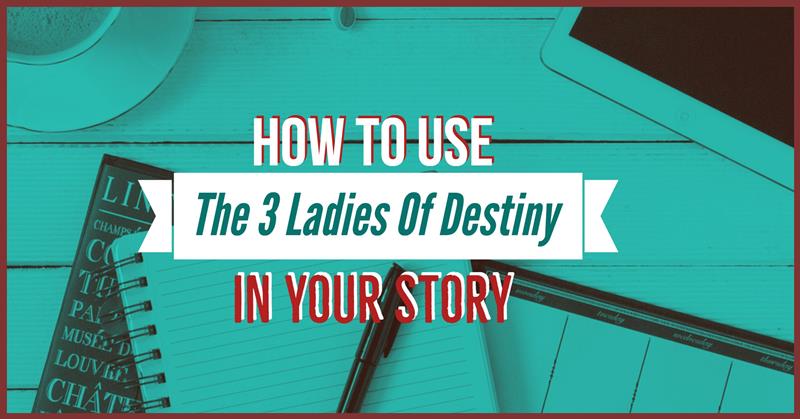 Writers Write creates writing resources and shares writing tips. In this post, we show you how the 3 ladies of destiny can help you seal a character’s fate.

The 3 Ladies Of Destiny

In Greek myth, three goddesses control the destiny of mortals – the sisters of life, suffering, and death.

In Roman myth, they appear as Nona, Decuma, and Morta. I’m sure that last one will send a shudder down your backbone.

So why are talking about these three women?

Three threads – how to tie them together

These three elements help you decide the fate of your three main characters– but especially your hero or anti-hero.

How true, don’t you think?

Some heroes live short but spectacular lives. It’s almost a formula for creating a legend or an icon. Think of James Dean, Heath Ledger, or Rudolph Valentino.

How could you create a similar tragic but enduring character?

The wisdom of icons

Other characters seem to live so long they become legends, many times over, in their own lifetimes. Think of Maggie Smith, Nelson Mandela, or Queen Elizabeth II.

How could you write a character that becomes a legend – whether it’s for their wisdom, survival, pride?

In a novel, you’re the tailor – you’re in control of the thread and you decide when to cut the thread.  You summon these three ladies to help you decide the destiny of your characters.

Read more about the power of myth in one of my earlier blogs or these prompts from Amanda Patterson.