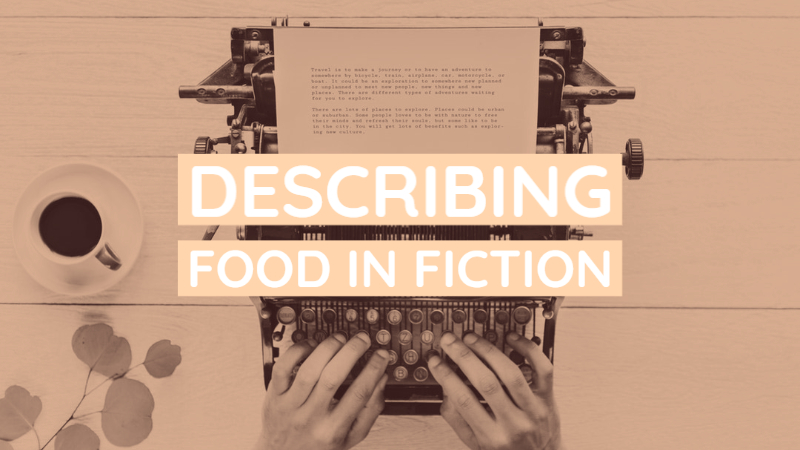 This article is about describing food in fiction in a realistic way. In this post, we look at describing different country’s military rations in particular.

So, let’s just say I stumbled across a strange but charming part of the internet during the pandemic. Apparently, there are people who review military rations (sometimes called rat packs) on YouTube. And, some of them have millions of subscribers.

I’m not a military person, but I still found their content strangely engaging and satisfying. Probably because it is about people in a tough situation making the best of limited food choices. Anyway, please join me in my madness for this brief jaunt down an oddly charming path.

Food is something we can all relate to and it should carry weight in a story. It is also the most fascinating aspect in describing a world.

But, I have noticed that most war stories that I read will just say: “They took out their rations and ate.”

This is a missed opportunity!

Everyone can relate to food and it should be used as an easy way for us to identify with the characters of any book. (It is also a good way to include the five senses.)

I will give two examples of military rations (rat packs) to show you how this works.

What a country feeds its soldiers tells you everything you need to know about the psyche of that country.

You can tell by a modern South African Rat Pack: 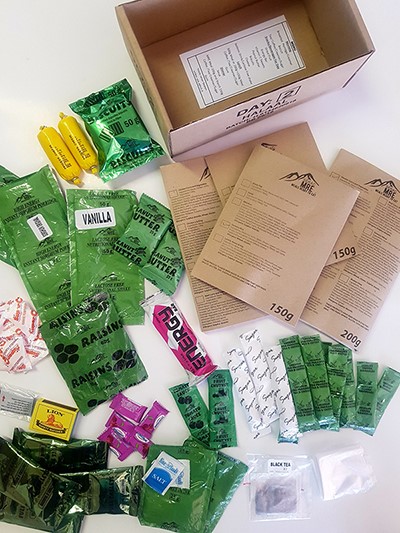 Read the example of how to use this ration pack in fiction at the end of the post.

While an American MRE (Meal Ready To Eat) tells you: 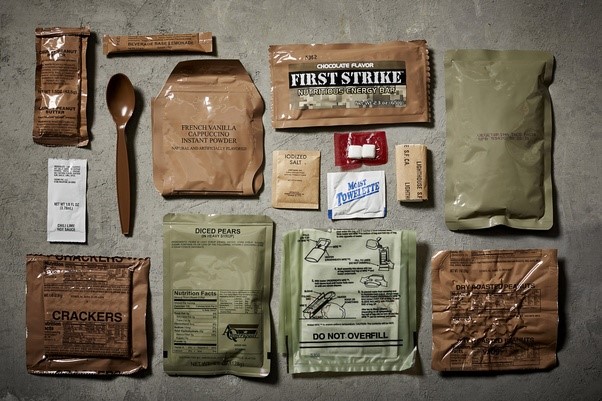 Read the example of how to use this ration pack in fiction at the end of the post.

Note: Both of these are actually quite good rations. Unlike the Israeli rations, which are basically just cans of tuna and halva spread.

In these images, you can see that modern armies have modern-looking rations.

Think about how long the troops would have to prepare and eat these meals. Would it be like camping or would they be eating an energy bar on the run? Describe what they taste, smell, hear, touch, and see.

You may want to describe luxury items like candy as “morale boosting” and meals as “savoury” and “comforting”. On the other hand, with some rations, you could say it was “utilitarian” at best, and perhaps “barely adequate” in some cases.

Early modern rations were mostly concerned with foods that would last on long journeys.

For sea voyages, foods like sauerkraut and ship’s biscuit were used. Grains like oats, rice (in Asia), and ground corn (in America) were carried in quantity.

Ship’s biscuits were not nice, fluffy, sweet butter biscuits. They were just flour and water (and salt if it was available). They were packed into a dense dough and baked as many as four times to kill all the germs in them.

If packed well, they would last 10 years, but they usually began to show maggots after a few months.

Sometimes, they would grind them up into flour and use them to make a new bread with the texture of cornbread.

During the American Civil war, each troop was allotted one pound of salted meat a day. They almost never got it and, when they did, they complained about it being rotten or underweight.

The meat was tough and heavily salted. It would smell of ammonia. They would first need to wash it in water to remove the salt. There was too much salt for a person to eat without being poisoned. Often, they would boil it with sauerkraut and any wild herbs they could find. This would be the best they could hope for in the field.

Meal times would last hours. The troops would try to prepare what they could in advanced for the next day to reduce time, but it still took up a good chunk of the day.

Breakfast would be a cold porridge cooked the night before. It was probably salted but unsweetened.

Be sure to speak of the hardship it caused to supply troops. These meals were probably stolen from farms or taken from factories at cost.

They would also need to make separate and higher quality foods for officers.

They used a great deal of camping equipment, like stand-pots, spits, Dutch ovens, and fire tongs. This needed to be cleaned and packed for transport.

Writers should note all these inconveniences and the effect they would have on the people in their stories. Remember to describe what they taste, smell, hear, touch, and see.

For example: ‘The Italian army thought it was a good idea to take lightweight, tasteless pasta into a desert. The colonial troops had to put up with three-year-old spoiled sauerkraut, soured water, and spoiled meat. Neither had been well thought-out.’

Two Examples Of Writing About Rat Packs In Fiction

Below are examples of how you could use the American and South African military rations in a story.

I hope you’ve had fun looking at these rat packs with me. Whatever type of food you’re describing, take time to do some research.