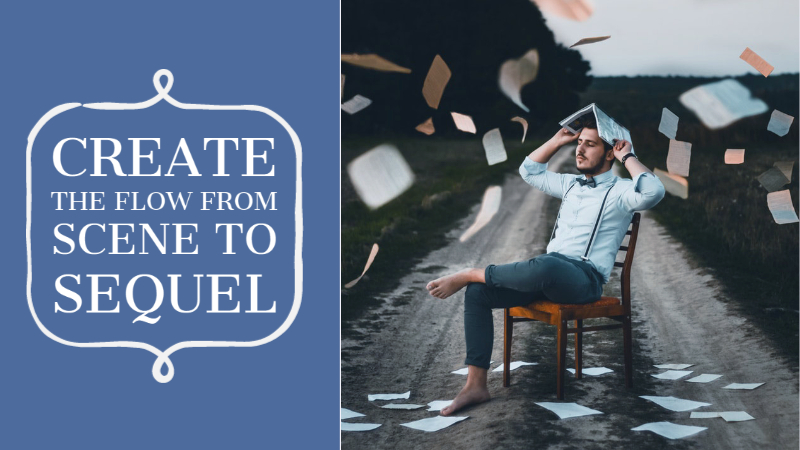 In this post, we write about three exercises that will help you create a flow from scene to sequel.

Scenes and sequels are the building blocks of good fiction.

[Suggested reading: Everything Writers Need To Know About Scenes And Sequels]

These exercises are designed to show the flow between the two, to help you establish a natural rhythm in your plotting.

Jot down what you remember. Even a small incident or conversation between you and someone else will do for this exercise.

Now, free write about it for five minutes.

Then write it as if it was a scene in a novel or short story. Give it a plot, direction, or a purpose it didn’t have in real life. Remember a scene must have a tension and a release. It focuses on action.

Now take a moment. Imagine you are the other person in the scene. Get into their mindset.

Write a sequel from this second viewpoint character. Remember a sequel has more emotion, introspection – an inner tension or conflict.

Write a scene between these two characters. Focus on only one person’s viewpoint.

Then write the sequel from the other character’s viewpoint.

3. A Date With Destiny

Here is a goal for a scene: Brad wants to ask Susan for a divorce over dinner tonight.

Think about the following and jot down notes: What is the conflict going to centre around? How can you create conflict? What obstacles can we throw in Brad’s way? How can we up the stakes? What are the possible physical and emotional reasons that can prevent Brad from pursuing the goal? What can stop him from getting the thing that he wants?

Look at your most compelling reasons and plot ideas and write a short scene – either from Brad or Susan’s viewpoint.

We hope these exercises help you create a flow from scene to sequel.

Top Tip: If you want to write a book, sign up for our online course.