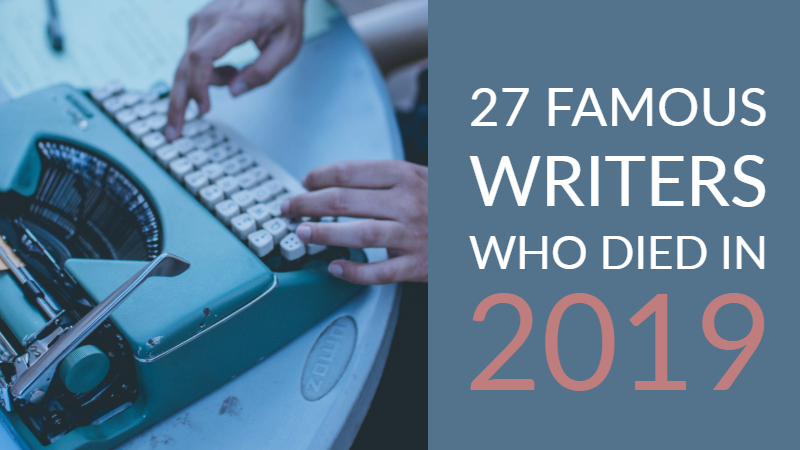 We lost lost many literary greats last year, including a Nobel Prize in Literature winner.