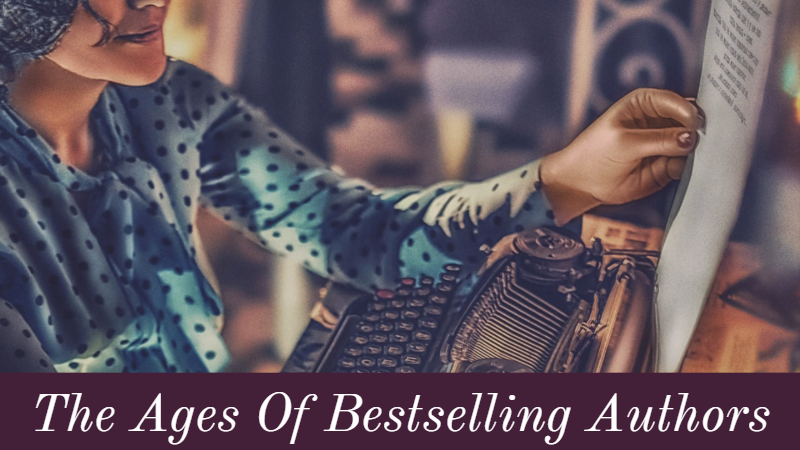 The Ages Of Bestselling Authors

Have you ever wondered about the ages of bestselling authors? We look at when these writers were first published and if men or women were more likely to be published first.

In order to be granted the highest honour in fiction writing, that of being a “bestseller”, one thing is clear: it’s going to take some time.

In The Book has researched the ages of New York Times bestselling authors from when the prestigious list began in 1942. We looked at when they published their first bestseller.

This research was turned into an interactive index, filtered by genre, gender, and decade.

First time bestselling authors are getting older through the decades. Comparing the 1950s to the current decade, an author has to wait over seven years longer to publish a bestseller.

It is fair to ascertain that gender has no influence on when authors become bestsellers.

In a society where gender discrepancy is scrutinised, one of the most amazing facts to come out of the research was that both males and females publish bestsellers, on average, at 48 years old. 48.8 for both, to be precise!

Within the genres, there were differences in male and female average ages.

Another surprising statistic that In The Book uncovered was the number of bestsellers published in each decade. The 2000s were by far the most saturated, with 61 new bestsellers emerging. This contrasts greatly with the previous decade, the 1990s saw 28 new bestsellers being published, fewer than half of the 2000s.

Click here to look at the index: Ages of Authors When They First Publish a Bestseller by Tom Matthews. Tom looks after public relations for small independent publisher, In The Book. He spends his free time working on his novel. He is a member of the Graham Greene Foundation. Follow him on Instagram.