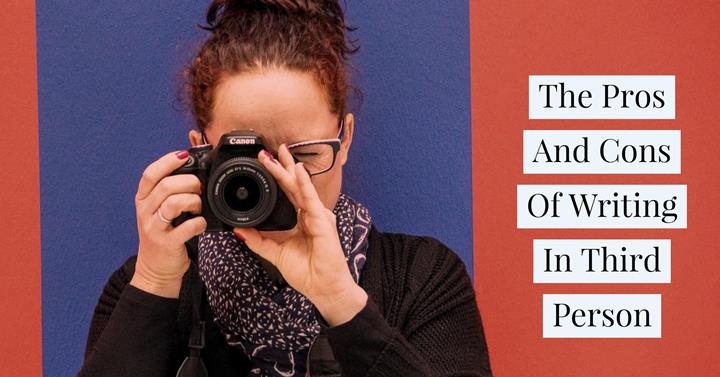 The Pros & Cons Of Writing In Third Person

Writers Write is a writing resource. In this post, we look at the pros and cons of writing in third person.

I have discussed first and second person during the last two weeks, this week I want to talk about third person. Remember, the viewpoint you use will either bring your readers closer or take them further away from your story. First and second, for example, are closer than third person – attached or omniscient – or a narrator.

We use the pronouns he, she, it, and they, for third person. We often use third person in crime and romance novels. Back in the day, before self-publishing, we had to cater to very rigid genre demands, but as the rules of genre and of writing in general change and evolve your choice of viewpoint is, mostly, up to you and your story. We have a lot more room to play.

Consider this example of third person attached or limited:

The Pros & Cons Of Writing In Third Person

Third person seems to be common ground, for readers and writers. It is a space where most people are comfortable. You can divide third person into attached, omniscient and narrator.

Third person attached gives you one person’s perspective. You, attach the ‘camera’ to their shoulder and tell everything from their perspective. As with first person, the telling of the events will be biased according to their experiences, upbringing, age or gender. Unreliable narrators can completely alter the events to suit themselves.

Third person omniscient is a know-all, tell-all viewpoint. Instead of attaching the camera to one character, the camera hovers over the story. The camera, who is the teller, knows everything. This doesn’t mean the reader knows everything upfront, it is up to the omniscient teller to reveal details as they see fit.

A narrator is an observer. He tells us a character goes into a store, but he doesn’t know why. He can only tell us what he sees, he can’t explain the motivations behind the character’s actions. It makes for a non-judgemental telling.

Have fun with your viewpoint. Challenge yourself; we tend fall into ruts because we repeat the same thing. Changing viewpoint is a great way to spice things up.

Last week I suggested that you try to write the same scene in different viewpoints, because I always follow my own advice (Insert hysterical laughter here). I have added my exercises. I hope they help.