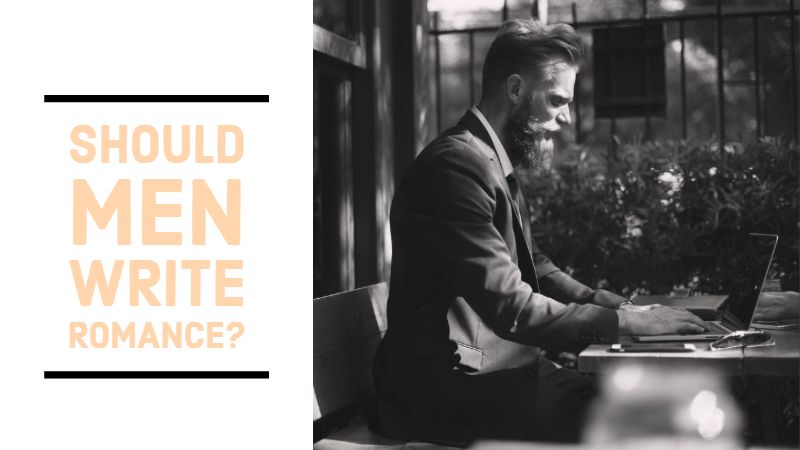 Should men write romance? Mia Botha answers the question in this post.

When we think of romance, we automatically think books for women by women, but when you look again you will notice that it is not entirely true. Men write romance. It’s 2019 and we are still getting wrapped up in gender constructs.

The first name that popped into my head when I started thinking about male romance writers was Nicholas Sparks. He is a giant in the industry and who hasn’t swooned over his stories?

Some writers have published using their initials to ‘hide’ their gender. Like J.K. Rowling, “Anticipating that the target audience of young boys might not want to read a book written by a woman, her publishers asked that she use two initials rather than her full name. As she had no middle name, she chose K (for Kathleen) as the second initial of her pen name, from her paternal grandmother.”

The same thinking is applied for men who write romance. M. L. Buchman uses his initials and then Nora Roberts, the undisputed queen of Romance writes as J.D. Robb when she writes crime.

Some writers prefer to hide their identity entirely and write under pseudonyms like Leigh Greenwood and apparently Sylvain Reynard who seems to remain completely anonymous. (Check out how effective it is to use first person to hide gender.)

And then other writers don’t hide their identities or gender. Besides Nicholas Sparks, you can consider John Green, and James Patterson (although there can be some debate about co-authors), F Scott Fitzgerald and, of course, Shakespeare, as writers of romance.

If you love love stories you should write them. Nothing, not your gender or society or ‘supposed to’ should stop you and we can teach you how.

If you want to learn how to write a romance, sign up for our online course, This Kiss.