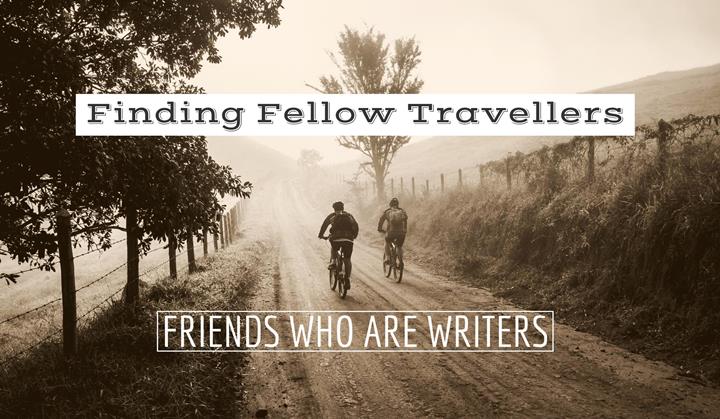 Find out why writers need to find fellow travellers – friends who are writers too.

I met my good friend Herman jogging when we were both just a few years out of high school. We both seemed to hit the road at the same time every day – and ended up running together. He was a better runner than I was, I struggled to keep up. One day, out of breath, I asked him what he did. ‘I’m a writer,’ he said.

He was the first real writer I knew and he lived just two roads down from me. Not only had his first Afrikaans horror novel published, but he’d already signed up for another two books.

Was I jealous? Of course I was. But I was also inspired – here was my new hero. After I admitted that I was also a writer, we became friends. More than friends, we become fellow travellers.

We’d spend hours on the phone discussing our writing, other writers we enjoyed, the process of writing – we just never ran out of things to discuss, debate, and argue about.

Today he lives in the South of France with his French wife and we don’t always speak that often. Over time, I’ve made friends with dozens of other writers – and I love for them for the same reason.

It’s good to have friends who write too – they will keep you on your toes.