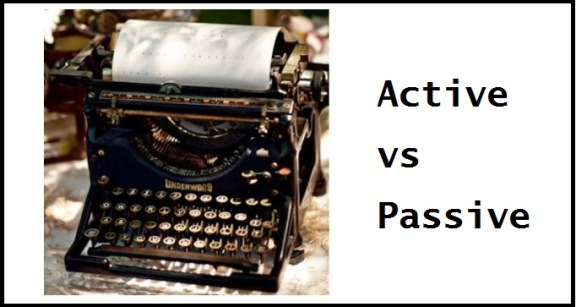 Examples Of Active Vs Passive Voice

Writers Write is a comprehensive writing resource. In this post, we share examples of active vs passive voice.

Have you ever wondered why you can stay up all night reading a novel, but when it comes to a textbook, you are asleep in one point two paragraphs? I can almost guarantee you that it has something to do with active voice versus passive voice.

Examples Of Active Vs Passive Voice

Active: The boy kicked the ball.
Passive: The ball was kicked by the boy.

Consider these examples and see what happens when I change from passive to active:

The contract was cancelled by the studio managers. Hidden behind their stoic lawyers the messages were passed down. Words like ‘iron clad’ and ‘final notice’ were thrust into their faces. Voices were raised. Emotions were not kept in check. Fury rose unbridled. Tears were making black rivulets down red cheeks. A Union-rep was called. False hopes and empty promises were doled out to hysterical actors. Hands were flying; papers flew even further. Exasperation and desperation were etched on their expressive faces. No acting was required. Unemployment cheques did not promise a merry Christmas.

It has a passive content of 61%. You got through the paragraph, but you sort had to keep your wits about you, because the subject (the performer) was unclear at times. It is ok for a few lines, but not for a whole book. Yawn. In the next example, I only changed from passive to active.

The studio managers cancelled the contract. They hid behind their stoic lawyers who passed the message down. The lawyers used words like ‘iron clad’ and ‘final notice’. The actors raised their voices and struggled to keep their emotions in check. Their fury rose unbridled. They cried black tears over red cheeks. They called their union reps who gave them false hopes and made empty promises. They threw their hands and the papers in the air. They were exasperated and desperate. They didn’t need to act this out. They knew unemployment cheques did not promise a merry Christmas.

It has a passive content of 0% and I am sure it was easier to get through. It is still far from an action scene though. Consider the last example, which also has a 0% passive score.

The actors seethed as the stoic lawyers kept their pose.
“Iron clad; I’m afraid.” The lawyers said, shaking their heads in mock sympathy.
“Consider this your final notice.” The other one said.
“This is the only notice, how can it be final?” They cried; fists raised in impotent rage.  They flung the papers back at the lawyers. Dramatic, unrehearsed.
A group huddled in the corner. The union-rep on speakerphone.
“I’ll have to look at the contract. Maybe we can get an extension.” The voice scratched over the line. Heads bowed; they nodded. Swiping away black tears.
One tug and the tinsel came loose. Red and green in a shiny pile on the floor. Christmas was going to suck.

You can obtain the percentages by using the tools Word has available.

There are times when the passive voice is acceptable, for example:

In fiction you want to get as close to your readers as you can, you want to convince them of your character’s point of view, motives and objectives, however whacked that character may be. You want to influence their thinking. Try to stay in the active voice as much as you can.