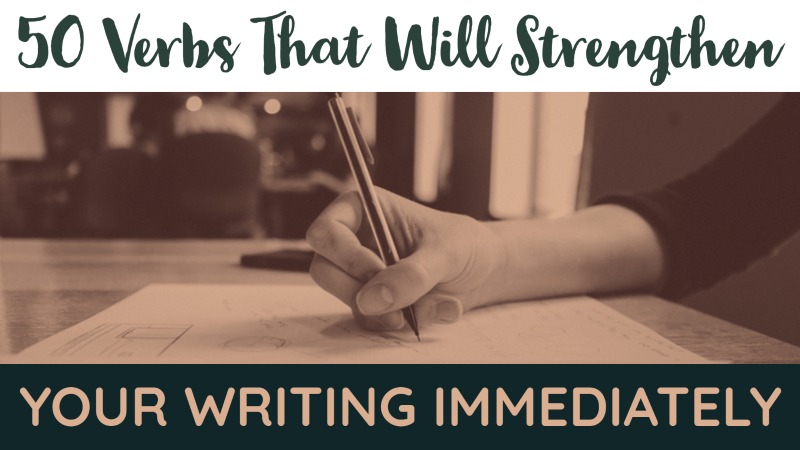 People tell us to use strong, descriptive verbs, but what does this mean? In this post, we look at 50 verbs that will strengthen your writing immediately.

One of the first exercises we’ve given Writers Write students for the past 20 years is this one:  Find a selection of verbs to replace commonly used verbs, like sitting, walking, and talking.

If you have these on hand, you can always find a way to show (and not tell) how your character is performing these actions. This will help you with characterisation and body language.

Remember that you can use the original verb most of the time, but it is good to show when a character is doing something in a specific way.

I have put together a selection of strong, descriptive verbs to help you become a better writer.

50 Verbs That Will Strengthen Your Writing Immediately

If you are looking for more posts like this, read:

Top Tip: If you need practical help with your grammar, buy The Complete Grammar Workbook.