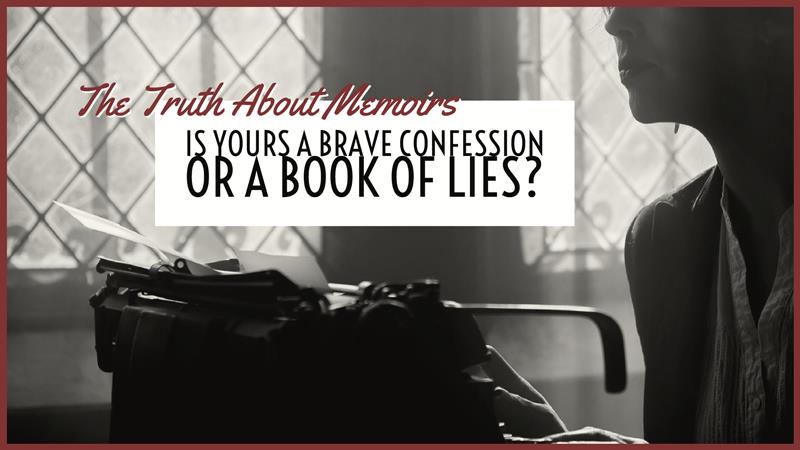 The Truth About Memoirs – Is Your Memoir A Brave Confession Or A Book Of Lies?

This post is the second in our series, The Truth About Memoirs, and in it we ask: Is your memoir a brave confession or a book of lies?

Last week I started my series of posts on memoirs with The truth about memoirs – what took you off the desire line? This week I want to talk about secrets and lies.

There’s a risk to telling the truth. I was struck by the backlash against Mackenzie Phillips when she published her controversial memoir about her road back from addiction and her dangerously incestuous relationship with her famous father, the founder of the Mamas and Papas. Journalists and bloggers slammed her; many in her own family publicly denounced her. Was she telling the truth?

Is Your Memoir A Brave Confession Or A Book Of Lies?

When facilitating our course, many new writers clam up when they realise they’re exposed to this risk. The risk includes:

These are all risks we want to avoid, but I believe what holds us back is something more common: fear. There’s a saying: ‘you’re only as sick as your secrets’.  Writing a memoir is about revealing your secrets in a way that is irrevocable. Once the lid on Pandora’s Box is open, you can’t take anything back. It’s out there forever.

Writing a memoir is not like keeping a journal.  A journal is private; it’s a place for you to have a conversation with yourself. A memoir is having a conversation with a reader – perhaps you want to give them hope, warn them about something, amuse or titillate them, or even offer them a vicarious glimpse into a new experience.

Read: 10 Memoir Mistakes Writers Should Avoid At All Costs

Here are some reasons you might not tell the truth:

As a memoirist, you need to be aware of your intentions and the risk. If you’re writing to take revenge on someone or a group – as Truman Capote did in his roman à clef, Answered Prayers – just remember they may bite back. Publishing his thinly disguised non-fiction novel played a part in Capote’s destruction.

If you’re writing your story because you have feel you have a right to claim – or reclaim – your identity, dignity, or your own broken past, then write and write fearlessly. A memoir is cathartic; it’s a way of taking back your power.  I think that’s what Mackenzie Phillips was trying to do.

Your Truth and Nothing but Your Truth

Keep in mind: you’re not a witness; you only need to tell your truth. If you’re comfortable with your own truth – something you feel deep inside you to be your own experience and memory – then you have nothing to worry about.

While some people may violently disagree with you when your book is published, others will see you as brave, vulnerable, and honest. You will be able to say that your memoir is a brave confession and not a book of lies.

Look out for the next blog on memoir.

Top Tip: If you want to learn how to write a memoir, look into our Secrets of a Memoirist course.