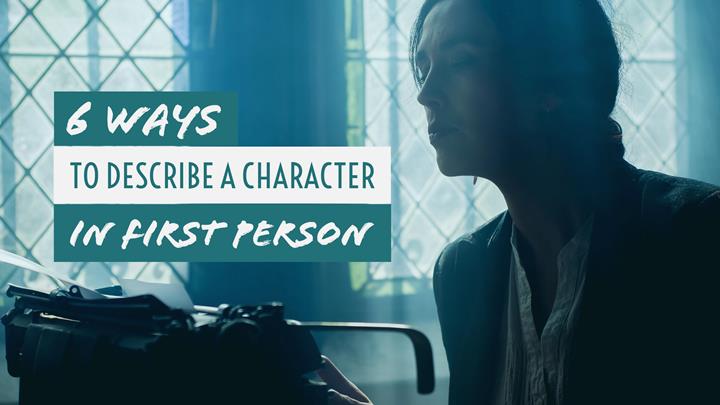 Writers Write shares writing resources and writing tips. In this post, we share six ways for you to describe a character in first person.

When we came across this post by Stephanie Orges, we wanted to share some of her ideas with you. If you want to read the full article, please follow the link at the end of this post.

6 Ways To Describe A Character In First Person

1. Don’t describe him at all.
Do your readers have to know what the protagonist looks like to understand the plot? If not, consider leaving it out altogether.

2. Give it to your reader straight.
If you are actually telling the story with frequent quirky asides to your “dear reader”, your hero can simply describe himself during introductions. But be warned: don’t try to force it if this isn’t your style.

3. Embarrass them.
Make them self-conscious about a physical flaw. She only smiles close-mouthed because she’s embarrassed by the gap in her teeth. He wishes he had biceps like the head jock.

5. Use dialogue.
Her best friend gently explains dark roots are out of fashion. His father remarks he really ought to cut his hair (he looks like a hippie). Her enemy asks if she’s a natural redhead. Use compliments and nicknames.

6. Show, don’t tell.
If they are short, have them struggle to reach something most others could get. If tall, have them duck through doorways. If they are unattractive, make them self-conscious around people of the opposite sex. Your hero’s appearance is reflected in the way other characters react to it.

If you want to read more about viewpoint, try these posts: