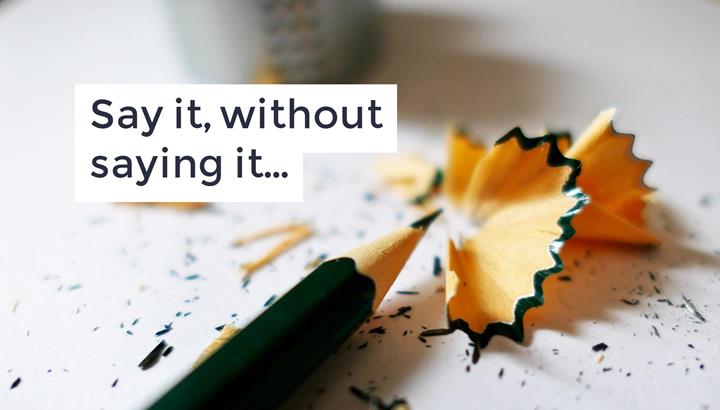 Say It, Without Saying It…

How do we say something without actually saying it when we write? It’s all about showing using body language, and not telling.

One of my favourite songs is ‘Baby makes her blue jeans talk” by Dr Hook. I know. I think my parents were too young for the sixties and embraced Disco with a tad too much enthusiasm. I was raised on rock, folk and disco with a huge dose of mirror ball.

Anyway, I have always been enchanted by the image this song creates. It is one sentence that makes for a very memorable character:

“She don’t say nothing, but Baby makes her blue jeans talk.”

In fiction writing we tend to state the obvious and leave very little up to the reader’s imagination. But what an intriguing notion, a character who doesn’t speak. I am addicted to dialogue, but what if I try this? How will I convey her character? If she isn’t saying anything how do we know who Baby is? What can that one sentence tell us about Baby?

So there I have setting, tone and character. Imagine if every sentence worked as hard. Would the writing have been as powerful if I wrote the following?

A woman walked down the street in the American South wearing pants. They were tight fitting blue jeans. She was swaying her posterior in an enticing manner. She did not say anything, but walked along with confidence. She was attractive. No one knew who she was so they called her Baby.

Once again less is more. Let your character keep quiet for once and use body language instead. Who knows maybe they look good in blue jeans too.

Or not. That could be fun too.

(You can also try our FREE COURSE: How To Show And Not Tell In Short Stories)